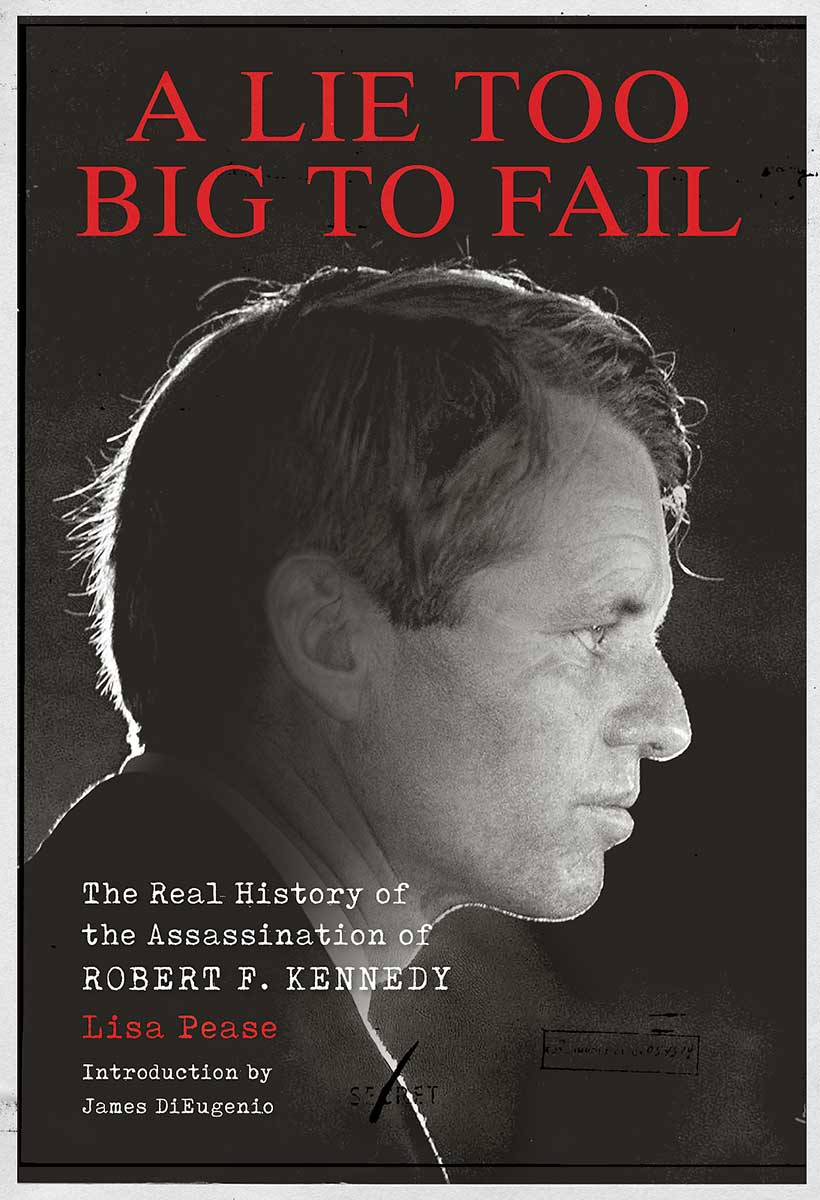 A Lie Too Big To Fail

The Real History of the Assassination of Robert F. Kennedy

In A Lie Too Big to Fail, longtime Kennedy researcher (of both JFK and RFK) Lisa Pease lays out, in meticulous detail, how the Los Angeles Police Department silenced witnesses with evidence of conspiracy; how evidence was deliberately altered and, in some instances, destroyed; and how the justice system and the media failed to present the truth of the case to the public. Pease reveals how the trial was essentially a sham, and how the prosecution did not dare to follow where the evidence led.

A Lie Too Big to Fail asserts the idea that a government can never investigate itself in a crime of this magnitude. Was the convicted Sirhan Sirhan a willing participant? Or was he a mind-controlled assassin? It has fallen to independent researchers like Pease to lay out the evidence in a clear and concise manner, allowing readers to form their theories about this event. Pease places the history of this event in the context of the era and provides shocking overlaps between other high-profile murders and attempted murders of the time.

Lisa Pease goes further than anyone else in proving who likely planned the assassination, who the assassination team members were, and why Kennedy was deemed such a threat that he had to be taken out before he became President of the United States.

Lisa Pease is a lifelong information activist and a researcher. When she discovered that the Los Angeles Police Department’s records of the Robert Kennedy assassination were available at her local library, she spent many lunch hours, nights and weekends pouring through the files on microfilm to research that bizarre case. Lisa Pease co-editor and publisher of Probe Magazine (1995-2000). Lisa has been a featured speaker at several seminars in Dallas and Los Angeles. Lisa Pease is also the co-editor with James DiEugenio of The Assassinations (2003) that covers the deaths of John F. Kennedy, Martin Luther King, Robert Kennedy, and Malcolm X.