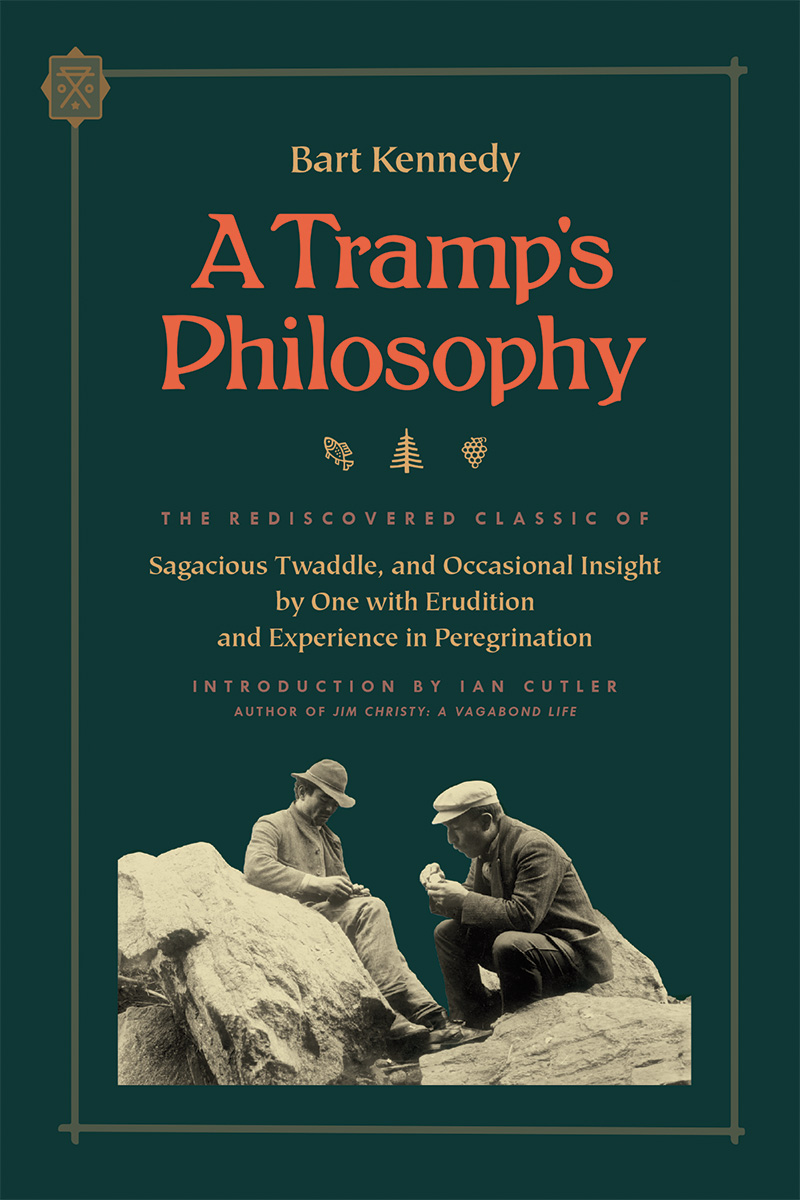 Sagacious Twaddle, and Occasional Insight by One with Erudition and Experience in Peregrination

Bart Kennedy’s 1908 A Tramp’s Philosophy was written as a distillation of his ideas and experiences into a concept for living. He includes insights on everything from religion to civilization to crime to his ineffable logic for rejecting modern society.  The essays are organized by the themes that Kennedy revisited throughout his writing career: Society, Art and Beauty, Crime, Politics, and Work (or better said, Not Working).

Staid critics of the time often derided his work, “Mr. Kennedy has a wild and whirling imagination, a lurid imagination, and imagination that revels in tragedy. Also, he has declared war against the principle verb.” So said the “The Academy” (a literary review magazine in 1897), but Kennedy’s writing broke new ground in bringing slang and nuanced sarcasm to highlight the pretensions of his “betters.”  His work gives us a rare glimpse into the late-Victorian era when any man of talent could become proclaim himself a Philosopher King.

Bart Kennedy was born in Leeds, England, on March 9, 1861.  He was raised in Manchester, where he began his career at the age of six, working part-time in a cotton mill. He worked in mills and machine shops throughout Manchester before joining the merchant navy as an able seaman in 1881. Jumped ship in Philadelphia, where he tramped and worked odd jobs throughout the United States. He was illiterate until his early twenties until a fellow tramp taught him to read. His travels included all of North America and Europe. Occupations included: oyster fisherman, gold miner, opera singer, actor, writer, lecturer, and builder.

“No social system or state can be really worth anything where the paramount aim is not to allow the individual to develop to the fullest, both mentally and physically. And this aim has never been the aim of any civilized state. … The aim of all civilized states has been to keep the masses in subjugation for the benefit of cliques. And this is as true of republics as it is of autocracies. … The money clique that rules America is more oppressive than is the Grand Ducal clique of Russia. It has a far worse effect on the American character.”