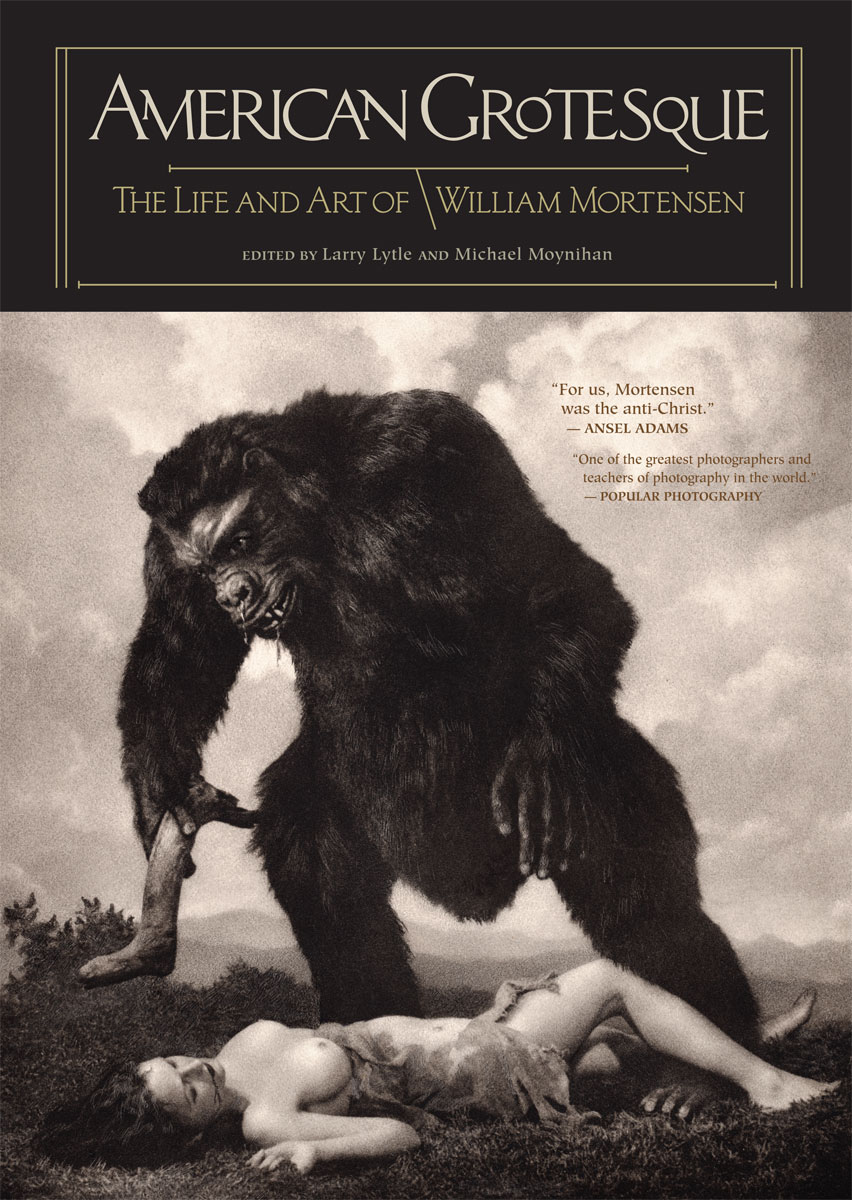 The Life and Art of William Mortensen

This stunning compendium reveals the life and work of Hollywood photographer William Mortensen, the unsung pioneer of the “American Grotesque.”

With young actress Fay Wray under his wing, Mortensen began his career shooting portraits of the leading screen stars and collaborating with Cecil B. DeMille during his silent movie days. Using radical photo techniques that prefigure the digital age, Mortensen created wild images of witchcraft and horror, propaganda and persecution, along with sensuous nudes and character studies.

At his Laguna Beach headquarters, “The Master” wrote best-selling books and instructional articles for major magazines, and had a great impact on the world of photography until Ansel Adams, Edward Weston and other purists of Group f.64 sought to erase his influence. They have largely succeeded in doing so—until now.

This book contains a biographical account of Mortensen’s life along with his own eloquent manifesto called “Venus & Vulcan.” American Grotesque includes over 100 plates of Mortensen’s work, many published here for the first time.