View cart “A Sordid Evening of Sonic Sorrows” has been added to your cart. 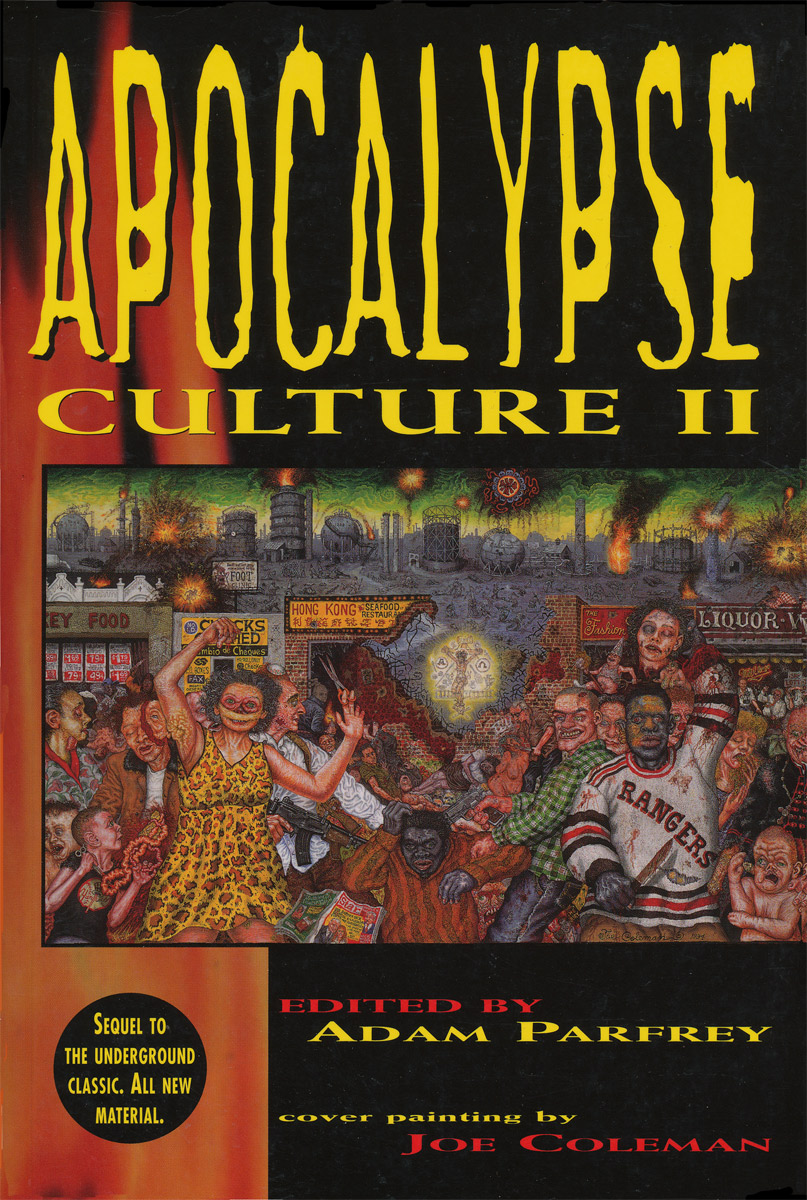 Los Angeles, CA – Feral House – Underground publisher Adam Parfrey presents a second coming of America’s darkest shadow side in Apocalypse Culture II, the completely new sequel edition to what was called by J.G. Ballard “the terminal documents of the twentieth century.” The original Apocalypse Culture, an underground bestseller since its emergence in 1987, going through 13 printings, has remained a huge influence on popular culture. The sequel delineates further regions of the Forbidden Zone, the psychic maelstrom that everyone knows exists but fearfully avoids.

And dozens of other compelling examples of our own Apocalypse Culture. Observing that society has been infantilized by being told at every opportunity how to think and what to believe, editor Parfrey refuses to provide easy moral lessons in Apocalypse Culture II, though he supplies pertinent information before and after many articles to assist the interpretation of thoughtful readers. Some will find the contents quite shocking, but that, according to Parfrey, is not his primary purpose. This is an examination of sociological truths that speak of the culture that both created and ignore them.

“This is a black box of a book, spuming to the brim with the overly articulate paranoias of our age. It is impossible to either put it down or keep yourself from throwing it against the wall. There is no denying its dense psychic substance, though. The dark angels sit crowded on every page.”
— Andrei Codrescu, National Public Radio

“I write books, I read books, and Apocalypse Culture II is the best book I have ever read. Pardon me now if I go out on a limb, but if there is no Pulitzer for this man, this work, I will eat my own Nobel. Adam Parfrey is equal parts H.L. Mencken and P.T. Barnum.”
— Richard Meltzer

“Adam Parfrey’s astonishing, un-put-downable and absolutely brilliant compilation, Apocalypse Culture II, will blow a hole through your mind the size of JonBenet’s fist. This book should be in hotel rooms.”
— Jerry Stahl, author of Permanent Midnight

“Adam Parfrey shows himself to be unique among investigative journalists: one unafraid to go where barkers fear to tread.”
— Nick Tosches

“Apocalypse Culture II is a chaos bible of delightful forbidden information that falls somewhere between The Cat in the Hat and Mein Kampf. It’s also thick enough to leave a good-sized bruise on someone’s face after you get pissed-off by reading it.”
— Marilyn Manson