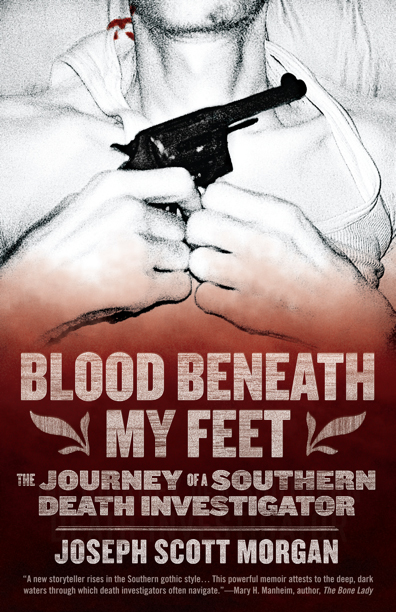 Blood Beneath My Feet

The Journey of a Southern Death  Investigator

This isn’t Hollywood fantasy—it’s the true story of a boy born into the deprivations of a white trash trailer park who as an adult gets further involved in the desperate backdoor sagas of the “new South.” No hot blondes here, just maggots, grief, and the truth about forensics and death investigation.

“Morgan has pumped the old “open a vein and start writing” axiom into a torrential burst of aortic hemorrhaging; instead of the usual razor, he used the Grim Reaper’s own scythe on himself.”
– Paste Magazine

“…it is a great book utilizing traditions in Southern storytelling to appall and amaze. It is contemporary Southern Gothic at it’s best.”
– NOLA Defender