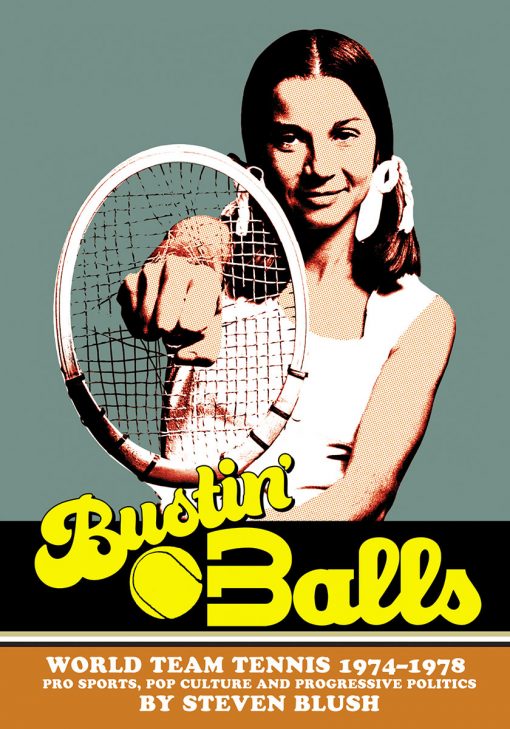 Bustin’ Balls tells the strange but true story of World Team Tennis (1974-1978) that attempted to transform the prim and proper individual sport of tennis into a rowdy blue-collar league. Billie Jean King and her partners merged feminism and civil rights with queer lifestyle, pop culture and a progressive political agenda to create a dazzling platform for the finest tennis players of the day to become overnight stars.

Iconic trailblazer King infamously played a hyped 1973 Battle of the Sexes against Bobby Riggs proving definitively that women athletes were competitive equals and changed the sports landscape forever. The vision of the World Tennis League with its mixed-sex teams and looser rules that encouraged fast and aggressive play, propelled tennis into a television fixture and the players into household names.

Evonne Goolagong who fought racism throughout her life was the first indigenous woman to win at Wimbledon and a member of the Pittsburgh Triangles was America’s introduction to a person of Aboriginal heritage. Chris Evert of the Los Angeles Strings became America’s sweetheart. Billie Jean King played for the Philadelphia Freedoms at the height of Bicentennial fervor and was feted by Elton John in the song, “Philadelphia Freedom”. And there’s no forgetting the bad boys of the court! Tabloids followed the nightlife exploits and made pin-ups of Ilie Nastase, Jimmy Connors, and Vitas Gerulitis.

Relive the most fun tennis ever had in the photo-filled history, Bustin’ Balls