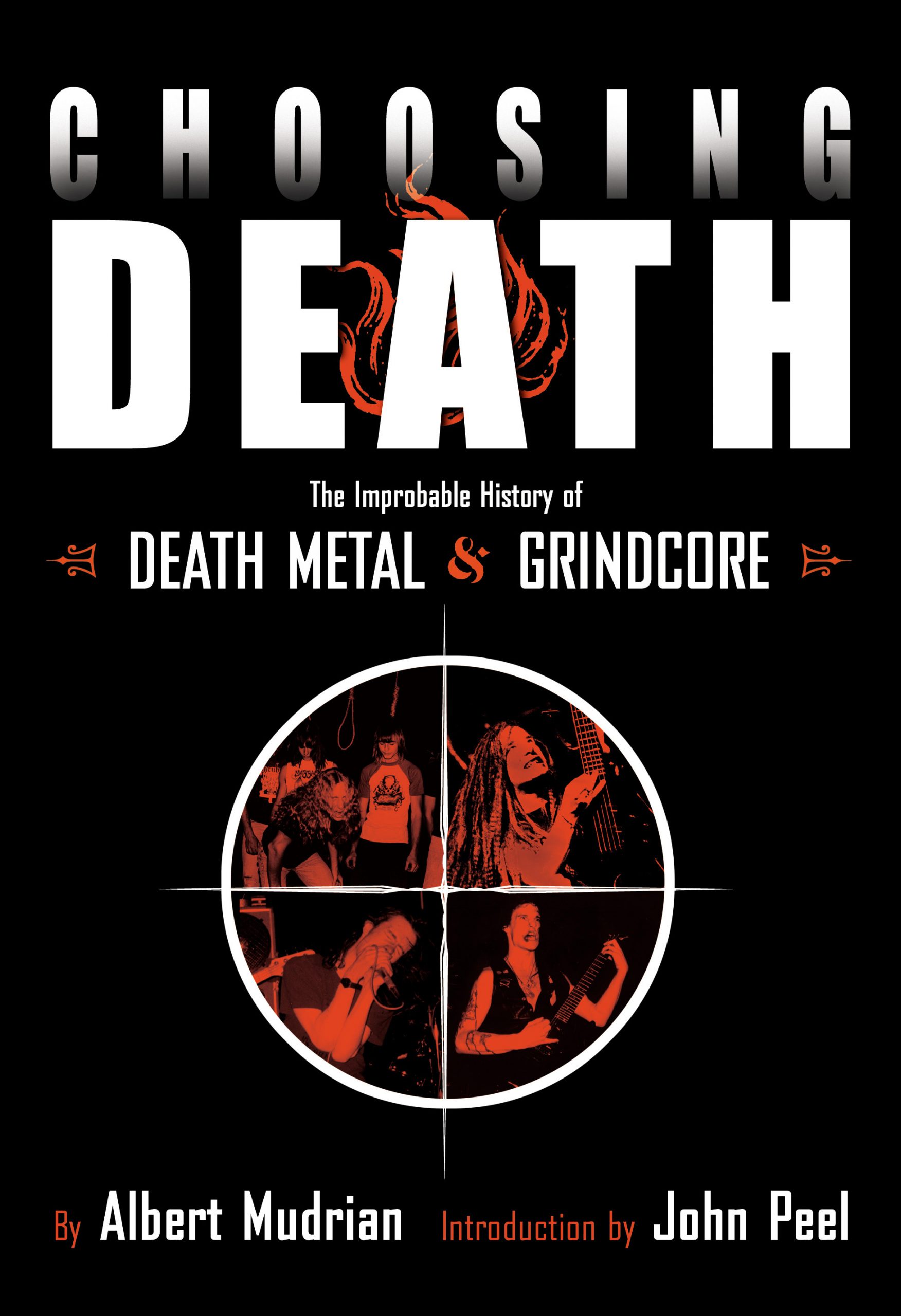 The Improbable History of Death Metal and Grindcore

In 1986, it was unimaginable that death metal and grindcore would ever impact popular culture. Yet this shockingly fast and barbaric amalgam of hardcore punk and heavy metal would define the musical threshold of extremity for years to come. Initially circulated through an underground tape-trading network by scraggly, angry young boys, death metal and grindcore spread faster than a plague of undead zombies as bands rose from every corner of the globe. By 1992, the genre’s first legitimate label, Earache Records, had sold well over a million death metal and grindcore albums in the United States alone. Choosing Death, featuring an introduction by John Peel, conquers the lofty task of telling the two-decade-long history of this underground art form through the eyes and ringing ears of the artists, producers, and label owners–past and present–who propelled the movements.

“The definitive history of metal’s most extreme scene.”
— Revolver Magazine

“As good, accurate and comprehensive a tribute as any long-term fan of the genre could hope to find… An absolute must-have, must-read for anyone even remotely interested in extreme music… Most importantly though, this is the perfect introduction to the world of grind for the uninitiated – hopefully serving as no small inspiration to seek out and hear these magnificently otherworldly sounds for yourself.”
— MaximumRockNRoll

“Choosing Death is a revelation, no matter how much you think you know.”
— Terrorizer Magazine

“Mudrian has put together something special here. This is a must-read for anyone who wants a comprehensive ‘who-did-what-when’ book. Thumbs up.”
— Philip Anselmo (Superjoint Ritual, Pantera)

Kerrang’s best books of the year (#4): “From the same publishers that have brought authoritative books on both the Scandinavian black metal scene and The Germs, this is the story of grind and the equally nihilistic (but still fun) death metal… A tale of true underground metal, lovingly told.”

“An in-depth play-by-play of the origins, record label battles, rise, fall and return of a genre that would come to be known as the final frontier of loud guitar rock… an almost endearing tale of angsty, disenchanted teenagers and young adults, the polemical art form their anger spawned, subcultural networking, and music fanaticism.”
— Village Voice