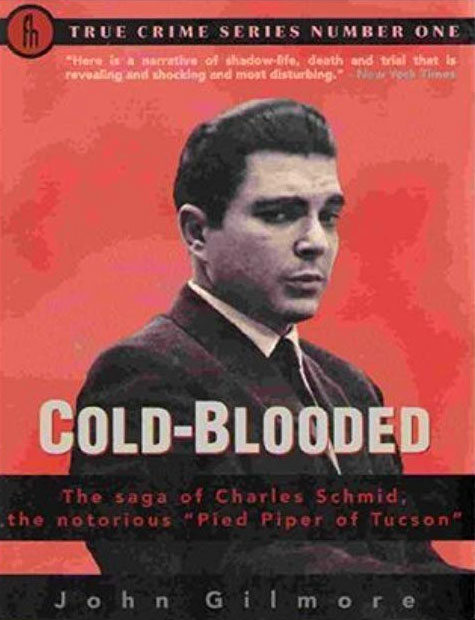 The Saga of Charles Schmid, the Notorious "Pied Piper of Tucson"

Charles Schmid, “The Pied Piper of Tucson,” something of a cross between Elvis Presley and Charles Manson, was charismatic, psychopathic, and totally bizarre. Stuffing tin cans in his boots to appear taller and smearing oil stains on his face to simulate a beauty mole, Schmid nonetheless won the hearts of teenage girls on Tucson’s Speedway, and soon became the ultimate “ladykiller”—murdering the girls he no longer had any use for.

Cold-Blooded tells the entire story from a particularly privileged perspective. Author John Gilmore became acquainted with Schmid on the third day of his trial, and remained the only writer involved with him during that period of his life and the year to follow. All quotations attributed to Schmid are taken from his diaries, letters, memoranda and long conversations while Schmid languished on Death Row at the Arizona State Penitentiary.