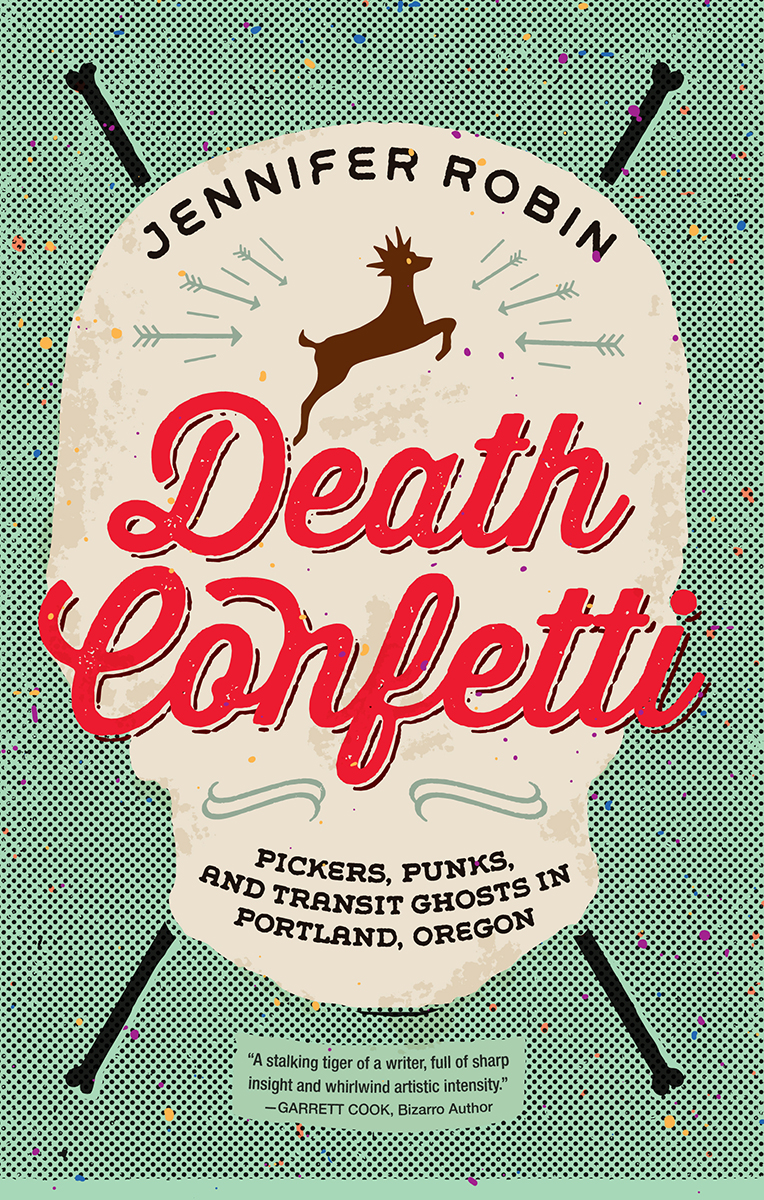 As an only child raised by reclusive grandparents in upstate New York, Jennifer recalls that she felt “anemic for the real.” At seventeen she broke loose and made her way to the west coast.

“Civilization is a nightmare-illusion,” Jennifer writes, “a three-dimensional spreadsheet perpetuated by machines that hypnotize meat.”

In a city that’s stranger than fiction, grocery-store checkers and meth-heads loom as lost gods. We’re introduced to the lady tweaker “Chew Toy,” who wears moon boots and sings hair-metal songs all night as she collects recyclable bottles. Jennifer visits a bar where executives simulate doggie-style sex acts on the dance floor. Then there’s the tales of late-night life on the city’s buses and light rail.

Jennifer reflects on her early terror in Catholic school and phone calls with her far-out mother, who disclosed that her gynecologist was a murderer. In the all-too-true pages of Death Confetti, Robin remembers her life among noise musicians, junkies, and her escape from a boyfriend who insisted on reviving the lives of hundreds of deceased fruit flies.

Death Confetti jolts the senses, and lingers like a mosquito bite to the Portland of everybody’s soul.

Jennifer Robin lives in Portland, Oregon. She writes grotesque prose. Her novel, Bouzi, was published in 1999.