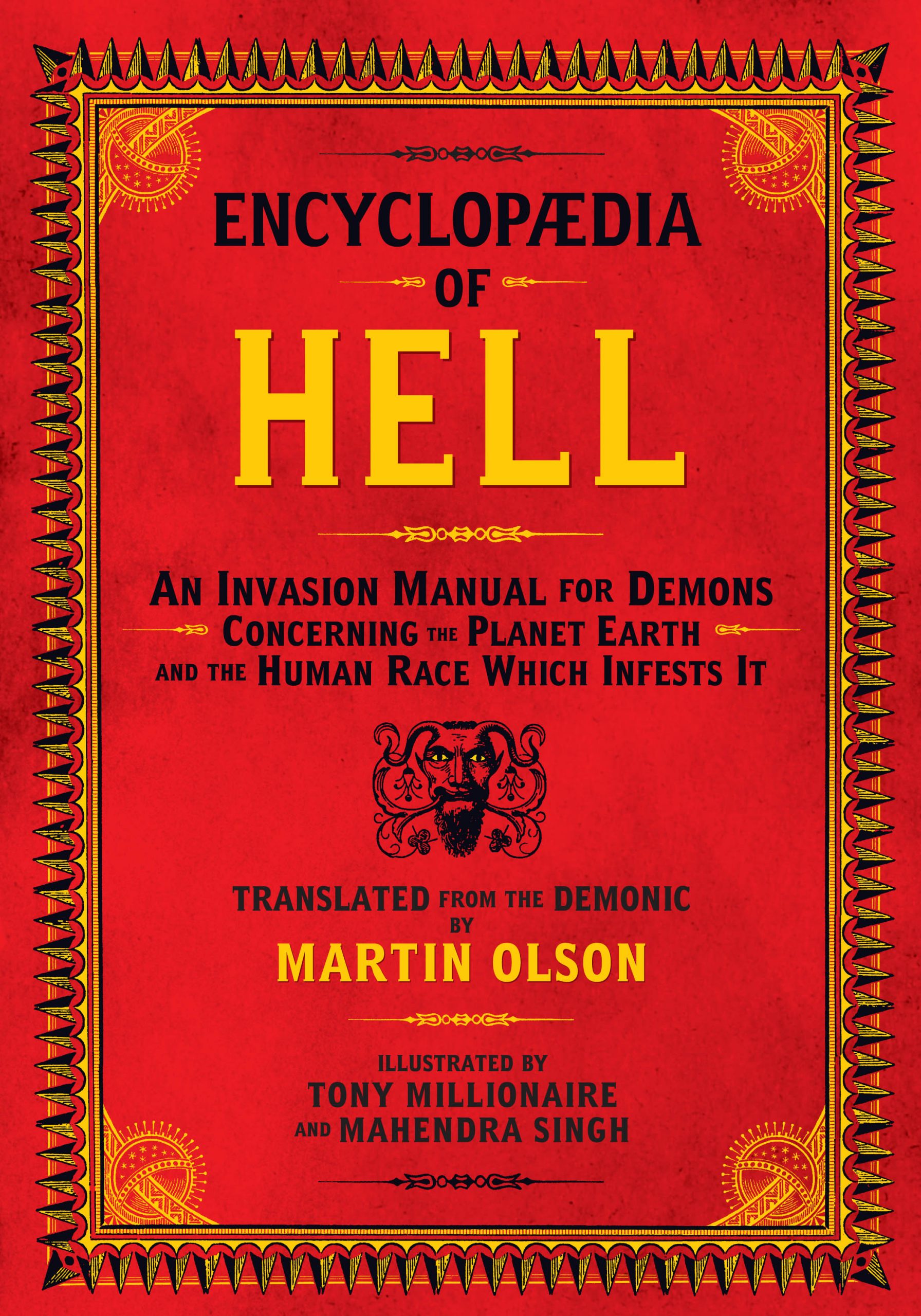 Get the Special Package Deal Here

A tour de force of darkness, Encyclopaedia of Hell is an “invasion manual” for Earth written by Lord Satan for his invading hordes of Demons, complete with hundreds of unpleasant illustrations, diagrams and a comprehensive and utterly repulsive Dictionary of Earth Terms.

Since the customs and mores of humanity are alien and inconceivable to demons, Satan wrote this strangely poetic military handbook for the enlightenment and edification of his Demon Armies. A masterpiece expressing Satan’s hatred for humanity and himself, the Encyclopedia includes “Techniques of Stalking and Eating Humans”; “Methods of Canning Human Pus”; and “Dicing and Slicing Orphaned Children.”

Why the invasion? During the last century in particular, Hell has become seriously overcrowded. Satan needs more land mass for the damned; and to use the human livestock to feed his hungry demon invaders.

Since this book is the 666th commemorative edition eons after the Invasion was successful, this Encyclopedia contains special commemorative material.

Tony Millionaire was born in Boston and grew up in Gloucester, Massachusetts. He writes and draws the ongoing adventures of Sock Monkey, published by Dark Horse Comics since 1998. He is the creator of the syndicated comic strip, MAAKIES.

Mahendra Singh labored for many years as an art director and illustrator in the humid ambience of Washington, DC. After inviting and escaping mob justice several times, he fled for the humid and frozen ambience of Montreal, where he has gained some notoriety as an expert illustrator of all things Lewis Carroll and Surrealist.

Read an excerpt below.

See what Ed Asner, Ron Lynch, Bobcat Goldthwait, and others have to say about the book, check out a poster of the book by Mahendra Singh, view the book’s Facebook page, or follow Satan on Twitter.

“The torch of ‘What’s It All About’ and The Cosmic Joke has been passed, once again, from Kurt Vonnegut to Douglas Adams to Martin Olson.”
– Joanna Buquerme

“Olson has spent the book mixing up scientific ideas with magical religious iconography, and wrapped it all around a sarcastic and coarse kind of secularism, only to reveal that all the ingredients combine into something unexpectedly profound.”
– Archive Seven