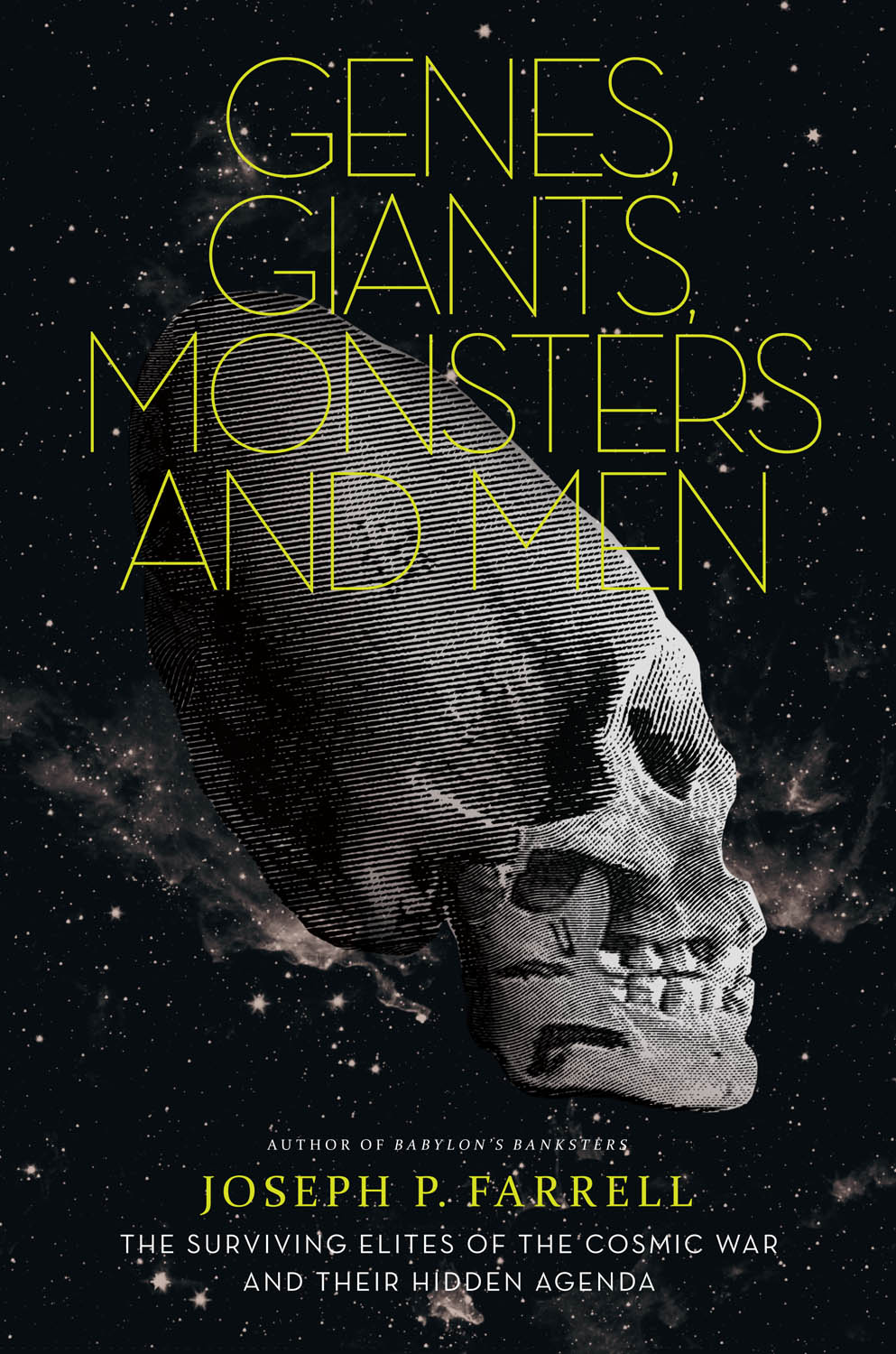 The Surviving Elites of the Cosmic War
and Their Hidden Agenda

Genes, Giants, Monsters, and Men sets forth a plausible theory revealing a hidden history of mankind and a possible reason why it has remained veiled for hundreds of thousands of years. With his well-documented style and breathtaking conclusions, Dr. Farrell pulls back the veil and takes the reader on an odyssey behind the mysterious history and myths of the human race.

Joseph P. Farrell is a recognized scholar whose credentials include a Doctor of Philosophy degree from the University of Oxford. His literary contribution is a veritable résumé unto itself covering such fields as Nazi Germany, Sacred Literature, physics, finances, the Giza pyramids, and music theory. A renowned researcher, Dr. Farrell is able to condense the best research and draw insightful new conclusions on complex and controversial subjects. Dr. Farrell is also the author of the Feral House releases Babylon’s Banksters and The Philosopher’s Stone.