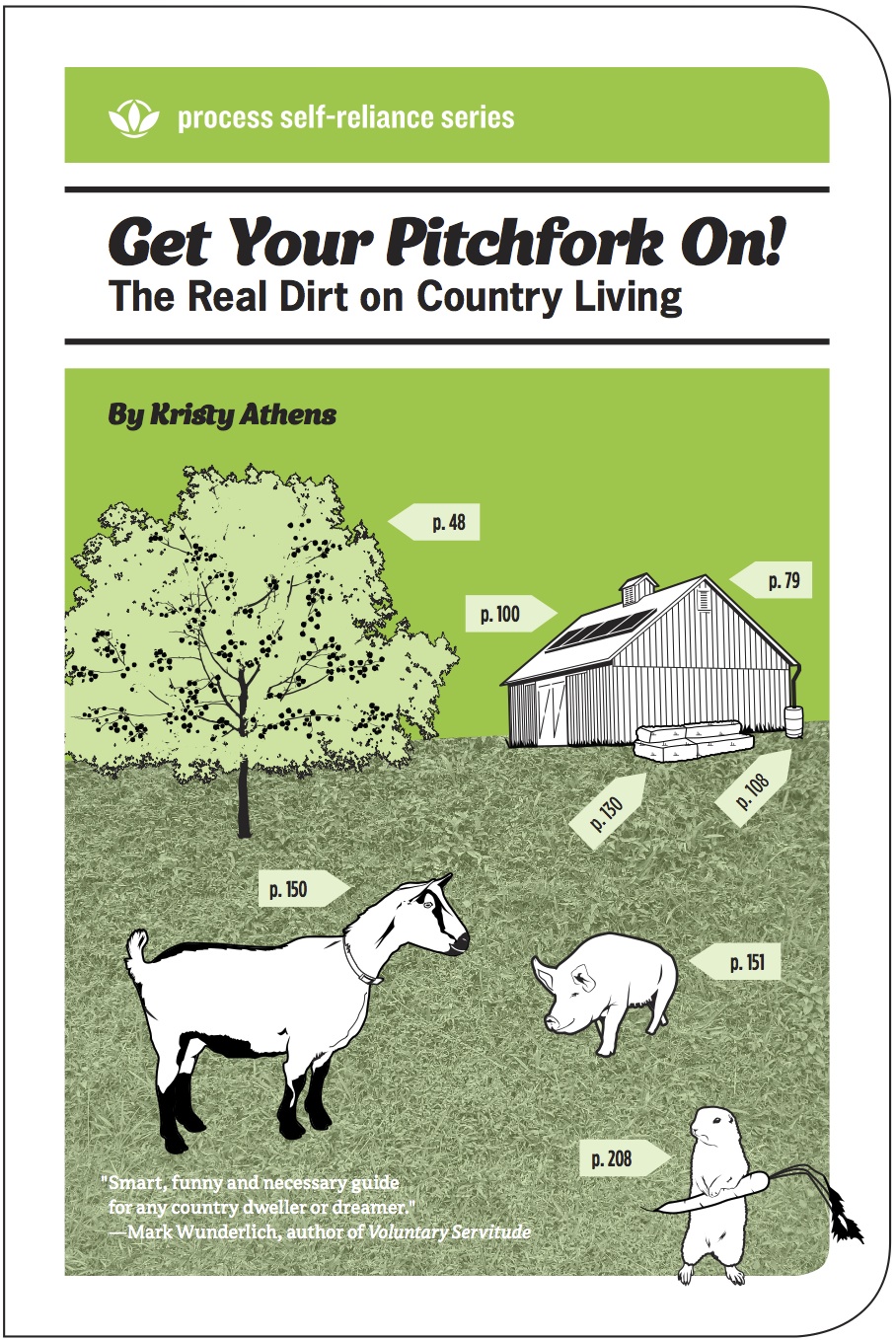 Get Your Pitchfork On! is born. 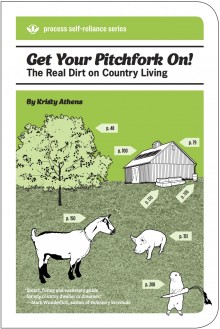 My friends, as many of you know, Kristy Athens’ Get Your Pitchfork On! is in the world! This release has come to you from our sister company Process Media and if you are unfamiliar the book gives urbanites the practical tools they need to realize their own dreams of getting away from it all, with the basics of home, farm, and hearth.

The book enters territory that others avoid—straightforward advice about the social aspects of country living, from health care to schools to small-town politics. Athens doesn’t shy away from controversial subjects, such as owning firearms and hiring migrant workers.

For hard-working urban professionals Kristy Athens and husband Michael, living in the country was a romantic dream. After purchasing seven acres in Washington’s beautiful Columbia River Gorge, Athens and her husband were surprised to learn just how challenging rural life could be.

We wanted to share some important websites along with upcoming events and recent news/press/hype:

Kristy was interviewed by a nice guy in Texas, Steve Howard, for his podcast Growing Your Grub. Listen here!

She will also be on Portland’s AM Northwest on Tuesday, May 22, and has an interviewing coming up from Laura Stanfill’s 7 Questions blog.

GYPO! is touring! The website will be updated constantly but here is what you can look for in the next few months:

Kristy Athens and Process Media will also be attending Wordstock this year! October 13th and 14th in Portland, Oregon. One side will be Kristy’s ithaka collage art and the other will be Process Media featuring Get Your Pitchfork On!

If you can make it out come to an event, meet Kristy, get the book, go to the after party, and then move to the country!