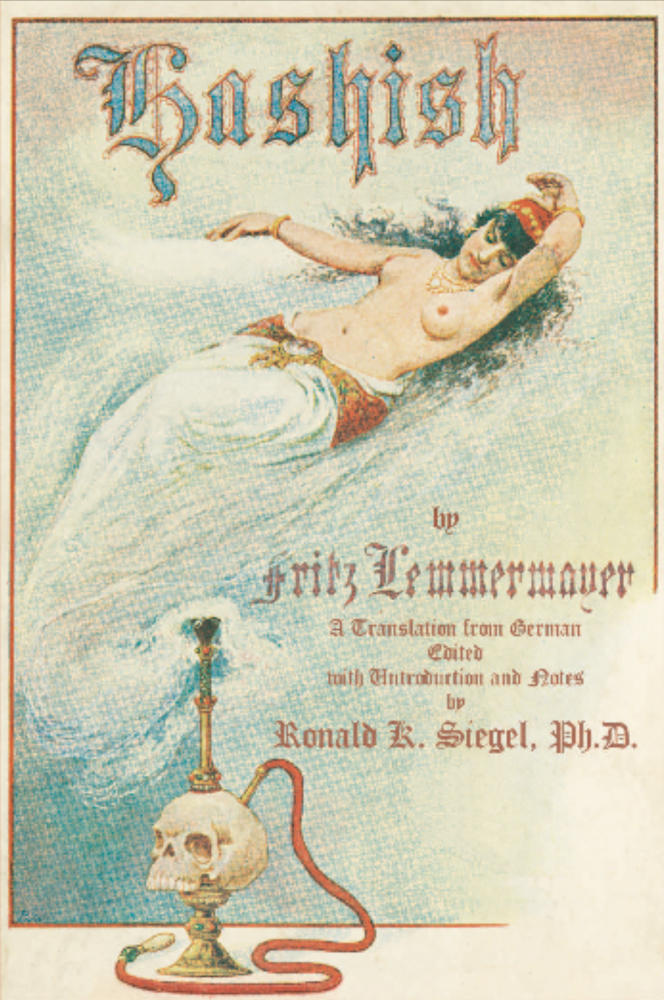 The First English Translation of a Great Oriental Romance

Here is a lost illustrated masterpiece, a book so rare and sought-after that only two copies can be found in world libraries. For the first time this classic work on a forgotten Arabian legend has been translated into English. This illustrated novel is presented as a “pictorial opera” of love, hashish, and tragedy in the time of Victorian erotica, and it contains the first known illustrations and descriptions of true hashish hallucinations. This high quality case-bound and slipcased limited edition reproduces all fifty original erotic illustrations and colorful extras by illustrator Gottfried Sieben, and it is limited to only 418 copies, all signed by Ronald K. Siegel. This book will appeal to readers of Fitz Hugh Ludlow’s Hasheesh Eater, Charles Baudelaire’s Artificial Paradise, High Times magazine, and marijuana users everywhere.

Fritz Lemmermayer was born in Vienna in 1857, became a writer, poet, and journalist, and maintained close relationships with Gustav Mahler and Richard Wagner.

Ronald K. Siegel is a recognized world authority on drugs and drug literature. A former research professor at UCLA, he is the author of numerous books including the critically acclaimed Intoxication. Siegel was featured in several Time magazine cover stories, and has been a consultant to presidential commissions and the World Health Organization. He is currently curator of the RKS Library of Drug Literature, one of the largest such libraries in the world.

“Some novels die and justifiably remain dead. A few are resurrected by bookish saviors and, re-examined, rise to deserved new life. Haschisch by Fritz Lemmermayer is one such literary Lazarus.” — Stephen J. Gertz