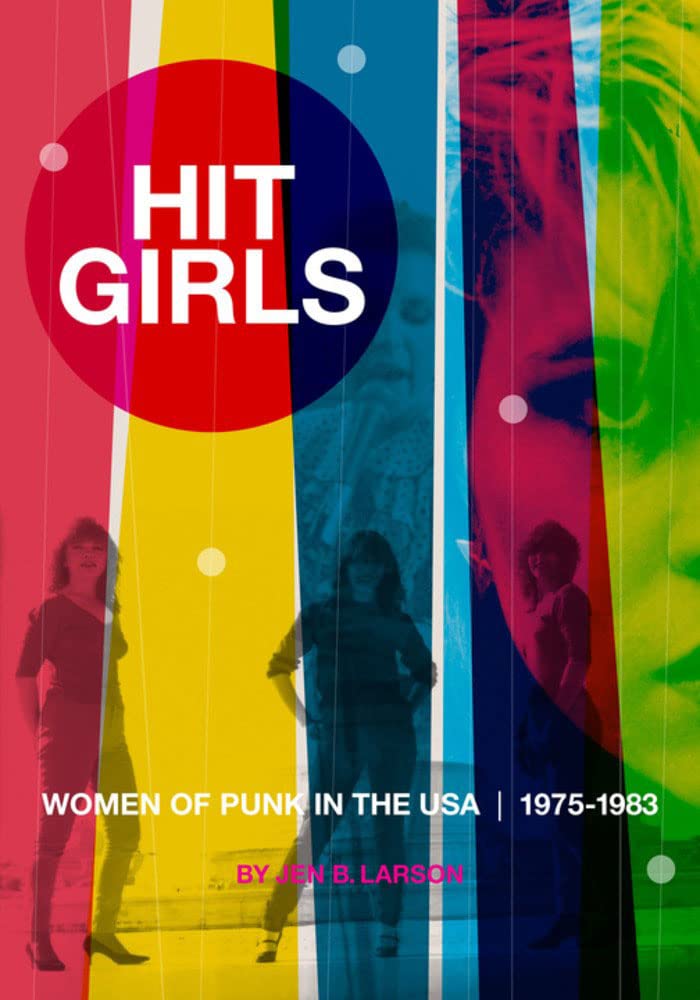 By Jen B. Larson

Think punk was only a boys club? Read about the women who were the punk revolution!

Women have been kicking against the pricks of music patriarchy since Sister Rosetta Tharpe first played the guitar riffs that built rock-n-roll. The explosion of punk sent shockwaves of revolution to every girl who dreamed of being on stage. Punk godmothers Suzy Quatro, The Runaways, Patti Smith, Poison Ivy, Tina Weymouth, Debbie Harry, The Go-Gos, and Fanny’s Millington sisters provided the template for thousands of girls and women throughout the United States to write and record their songs.

Hit Girls is the story local and regional bands whose legacy would be otherwise lost. Despite the modern narrative labeled women anomalies in rock music, the truth is: women played important roles in punk and its related genres in every city, in every scene, all over the United States. The women and bands profiled by Jen B. share their experiences of sexism and racism as well as their joy and successes from their days on stage as they changed what it meant to be in a band. These pioneering women were more than novelty acts or pretty faces–they were fully contributing members and leaders of mixed-gender and all-female bands long before the call for “girls to the front.”

The women of Hit Girls are now rightfully exalted to cult status where their collective achievement is recognized and inspiring to new generations of women rockers. Included are interviews with: Texacala Jones, Stoney Rivera, Mish Bondaj, Alice Bag, Nikki Corvette, Penelope Houston, and many more formidable and infamous women who made their voices heard over the screaming guitars.

Hit Girls includes over 100 rare and never-before seen images. Author Jen B. includes a comprehensive playlist of all the artists. Foreword by punk journalist, Ginger Coyote

Author Biography: Jen B. Larson is a writer, musician, and public art schoolteacher living in Chicago. She holds a B.A. in English literature and creative writing as well as an M.Ed. in special education. Her bands, Swimsuit Addition, beastii, and Jen and the Dots, have performed and recorded extensively over the last decade.