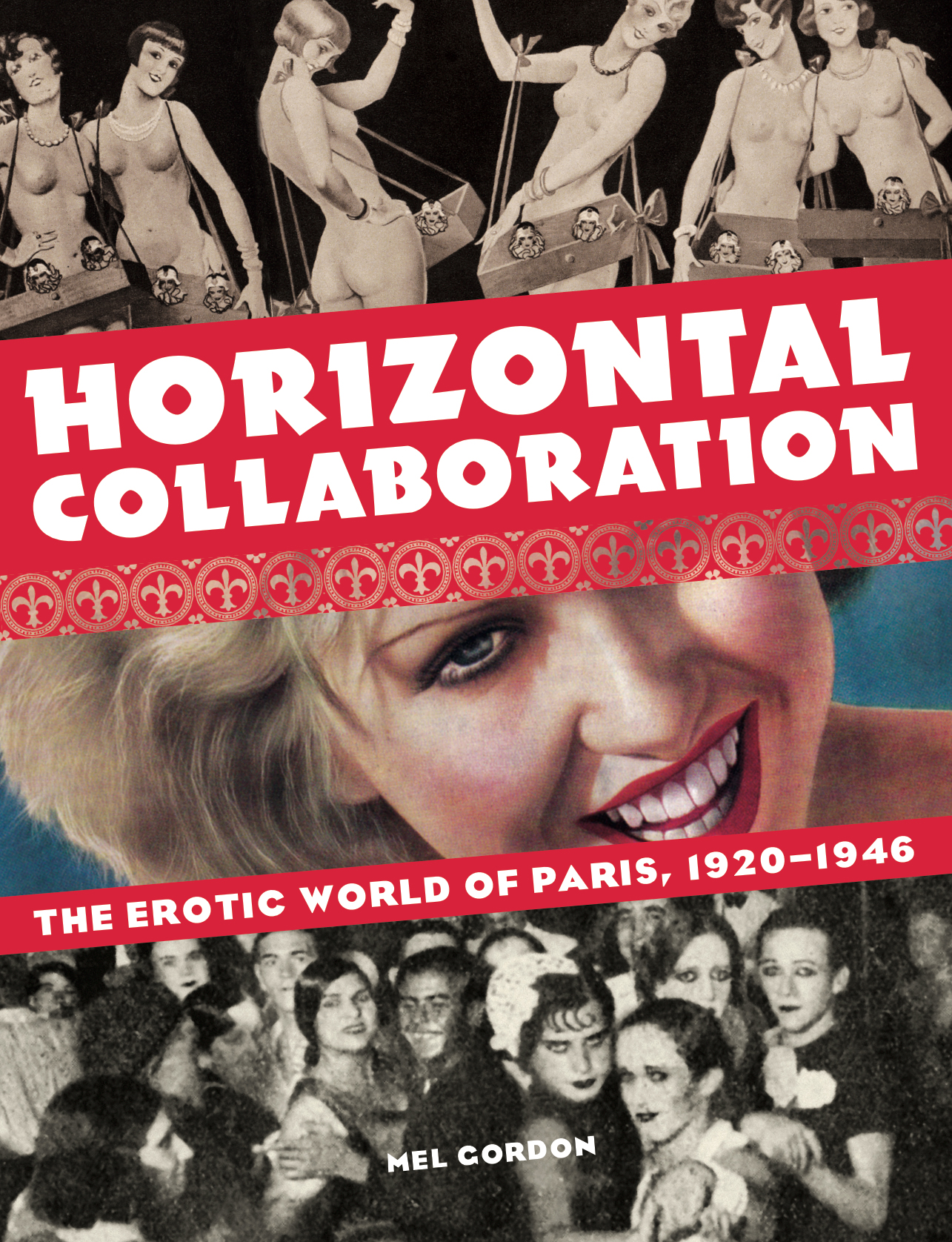 Mel Gordon, author of Voluptuous Panic, the celebrated history about the sex culture of Weimar Berlin, returns with a stunningly illustrated look at Paris, The City of Pleasure, prior to and during German occupation during World War II.

Horizontal Collaboration encompasses the Jazz Age, Depression, World War and Occupation, and Liberation. It concludes with the shuttering of the licensed brothels in 1946, which some Parisian intellectuals thought was the final “destruction of French civilization”.

The term “Horizontal Collaboration” refers to the sexual liaisons between French civilians and German occupiers from 1940 to 1944. These were extremely widespread and included both individual wartime relationships in addition to prostitution. As Allied armies swept across the French countryside, thousands of young women—and some men—were savagely punished by the authorities or by vigilante crowds, becoming a source of deep national shame.

Author Gordon redefines the pejorative term to mean something much broader: French men and women “horizontally collaborated” to overcome all social obstacles, divisions, and regulations. These obstacles include married and unmarried couples, straights and homosexuals, foreigners and locals, gun-toting soldiers and their vanquished subjects. The natural yearning for sexual pleasure equally corrupted all cohabitating partners.