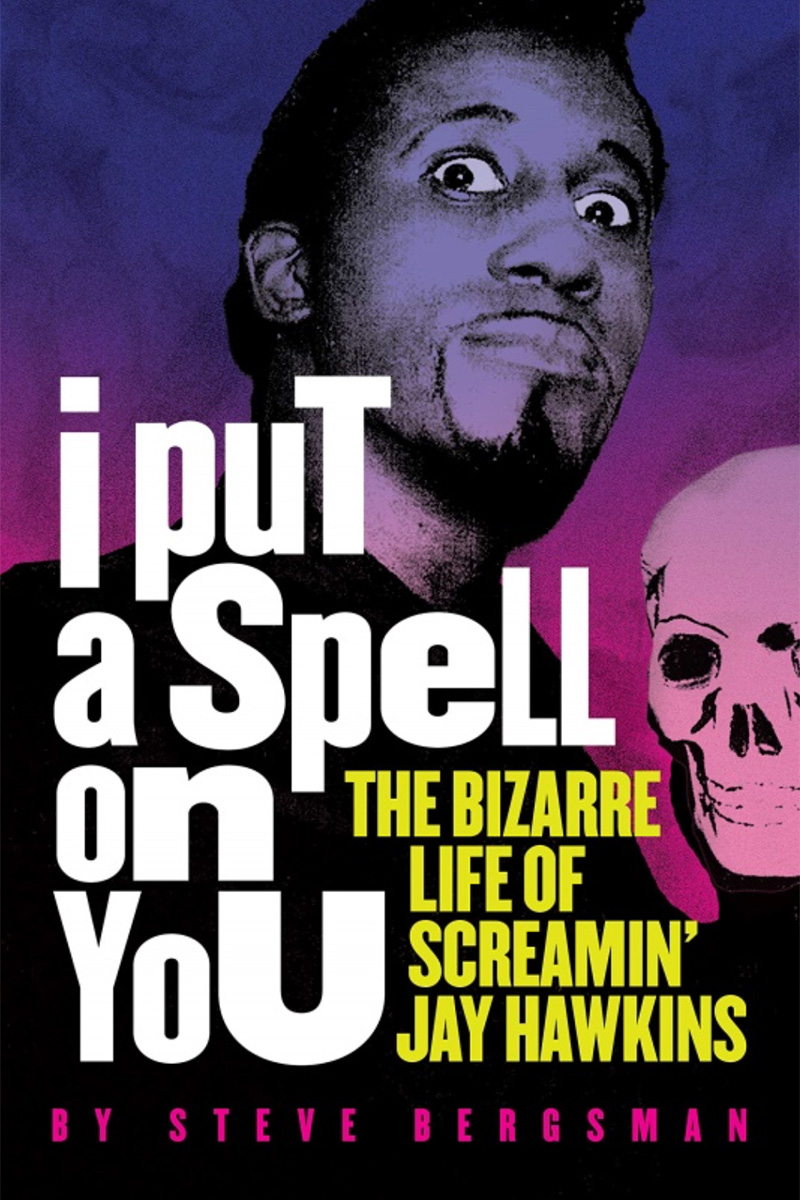 I Put a Spell On You

“People think I’m stark-raving crazy, well, if that enables me to go to the bank, gentlemen, I want you to know I shall always be crazy. It’s a pleasure to be crazy.”  Screamin’ Jay Hawkins

Screamin’ Jay Hawkins was larger than life as he emerged from a coffin with a skull on stick singing “I Put A Spell On You.”  With one song, Screamin’ Jay, who studied piano and sang opera, became the embodiment of the sexually insatiable, voodoo empowered, black man feared by 1950’s America — caught between a self-created myth and a nearly unbelievable truth, which story is better?

I Put A Spell On You brings together hundreds of interviews with Screamin’ Jay, his family, and bandmates to weave a new tale of the life of this seminal rock and roll pioneer.  Can the truth of Screamin’ Jay Hawkins really be known?

Legendary journalist, writer, and musician Eugene Robinson contributes a rivetting foreword about Jay’s influence on music and the black identity.

Author Steve Bergsman has contributed to more than 100 magazines, newspapers and wire services for the past twenty-five years.