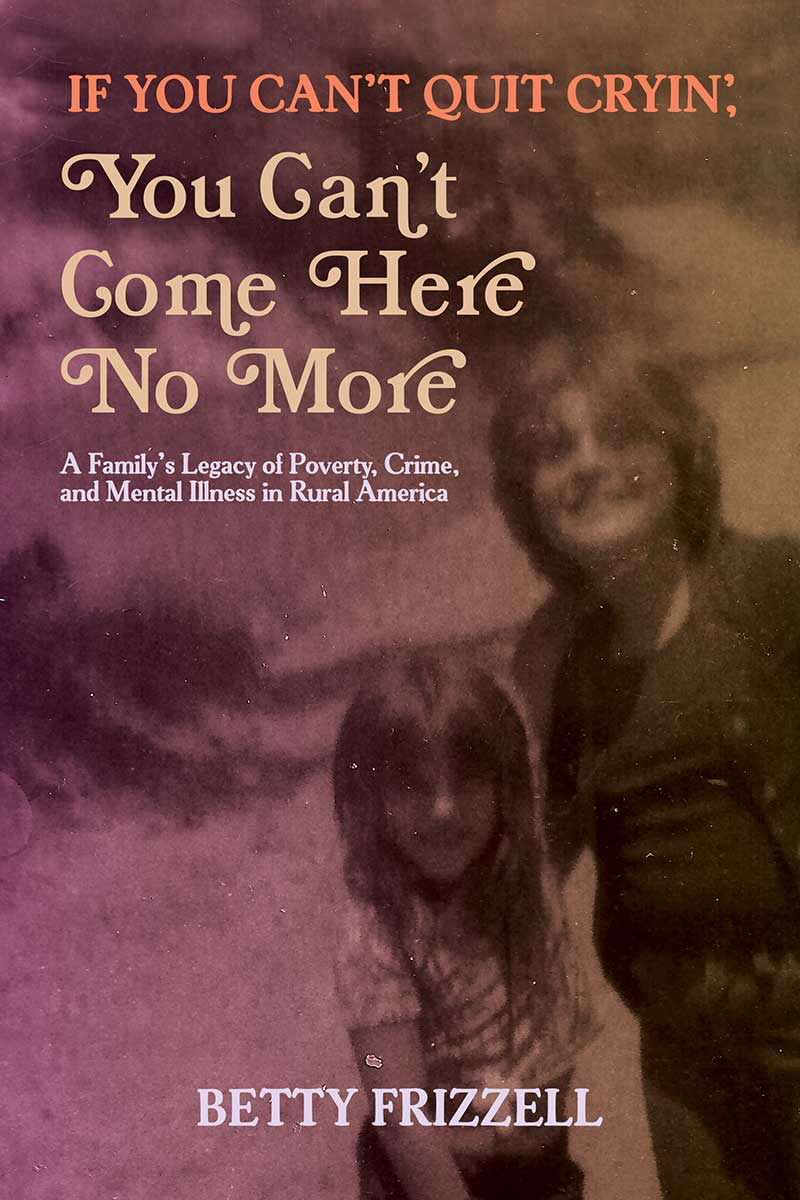 If You Can’t Quit Cryin’, You Can’t Come Here No More

A Family’s Legacy of Poverty, Crime and Mental Illness in Rural America

On May 12, 2013, 48-year-old Vicky Isaac of rural Puxico, Missouri—a woman with a history of learning disabilities, traumatic brain injuries, and drug addiction— loaded a .22 caliber handgun and shot her violent addict husband while he slept in the trailer they shared with Vicky’s adult son. Or did she? According to police reports, Vicky called 911 and confessed to the crime.

Was this another sad case of murder amongst addicts or something more?

Betty Frizzell escaped her family’s legacy of crime, addiction, and abuse to become a respected law enforcement officer and teacher. Drawn back to the town and people of her past, Betty works to uncover the truth of murder and her family’s history of violence. Her investigation uncovers sad realities about mental illness, small-town politics, and a society that doesn’t care about “poor, white trash”.

There are never easy answers when the odds are stacked against you and no amount of “elegies” will save your family.

Betty Frizzell is the former chief of the Winfield, Missouri Police Department. Betty began her law enforcement career in 1997 with an aim to assist victims of sexual assault. She served as a Deputy Sheriff in both the Lincoln and Ripley County (MO) Sheriff’s Departments. During her time with the Lincoln County Sheriff’s Department, she helped develop the first sex crimes unit and was the first female officer to join the S.W.A.T. team. She later worked as a police officer and gang investigator for the city of Louisiana, Missouri before becoming the Chief of the Winfield Police Department. Upon retiring from policing, Frizzell began teaching courses on sexual assault investigations as an adjunct professor of criminal justice. She holds an M.F.A in Writing and an M.S. in Criminal Justice Administration. She served as a member of the Citizens Advisory Board for the State of Missouri Department of Corrections: Probation and Parole Division and was honored as the Lincoln County Law Enforcement Officer of the Year in 2001. Frizzell currently resides in Seattle, Washington, but remains closely connected to Missouri.