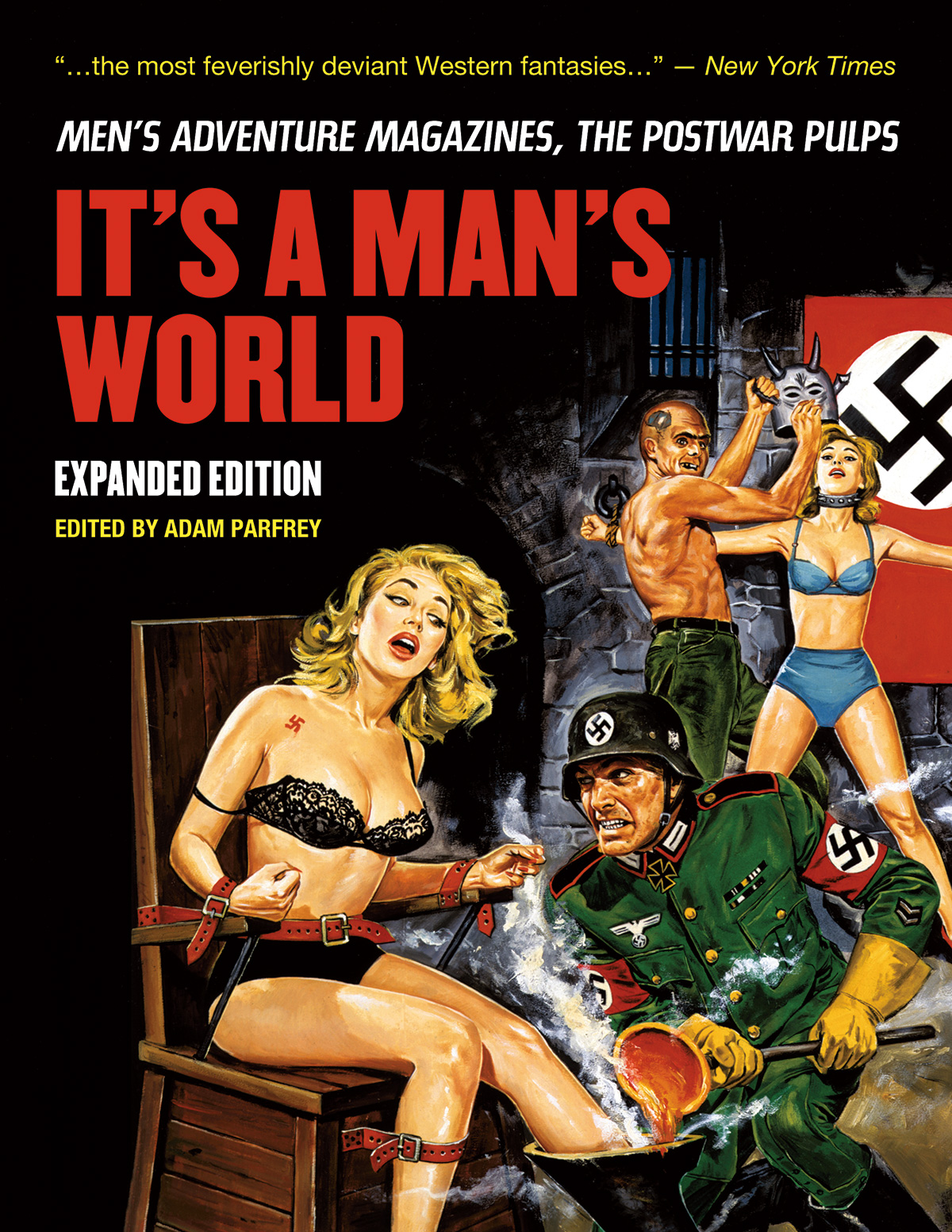 It’s a Man’s World was first released in 2003 to critical acclaim and was featured on the cover of the Los Angeles Times Book Review and in the New York Times. This rich collection, filled with interviews, essays, and color reproductions of testosterone-heavy thirty-five-cent magazines with names like Man’s Exploits, Rage, and Escape to Adventure (to name a few), illustrates the culture created to help veterans confront the confusion of jobs, girls, and the Cold War on their return from World War II and the Korean War.

Contributions from the original men’s magazine talent like Bruce Jay Friedman, Mario Puzo, and Mort Künstler bring the reader inside the offices, showing us how the writers, illustrators, editors, and publishers put together decades of what were then called “armpit slicks.” Reproductions of original paintings from Norman Saunders, Künstler, and Norm Eastman are featured within, and Bill Devine’s annotated checklist of the many thousands of adventure magazines is essential for collectors of the genre.

The expanded paperback edition includes wartime illustrations and advertisements from mass-produced magazines that preview the xenophobia and racist ideas later seen throughout men’s adventure magazines of the ’50s and ’60s.