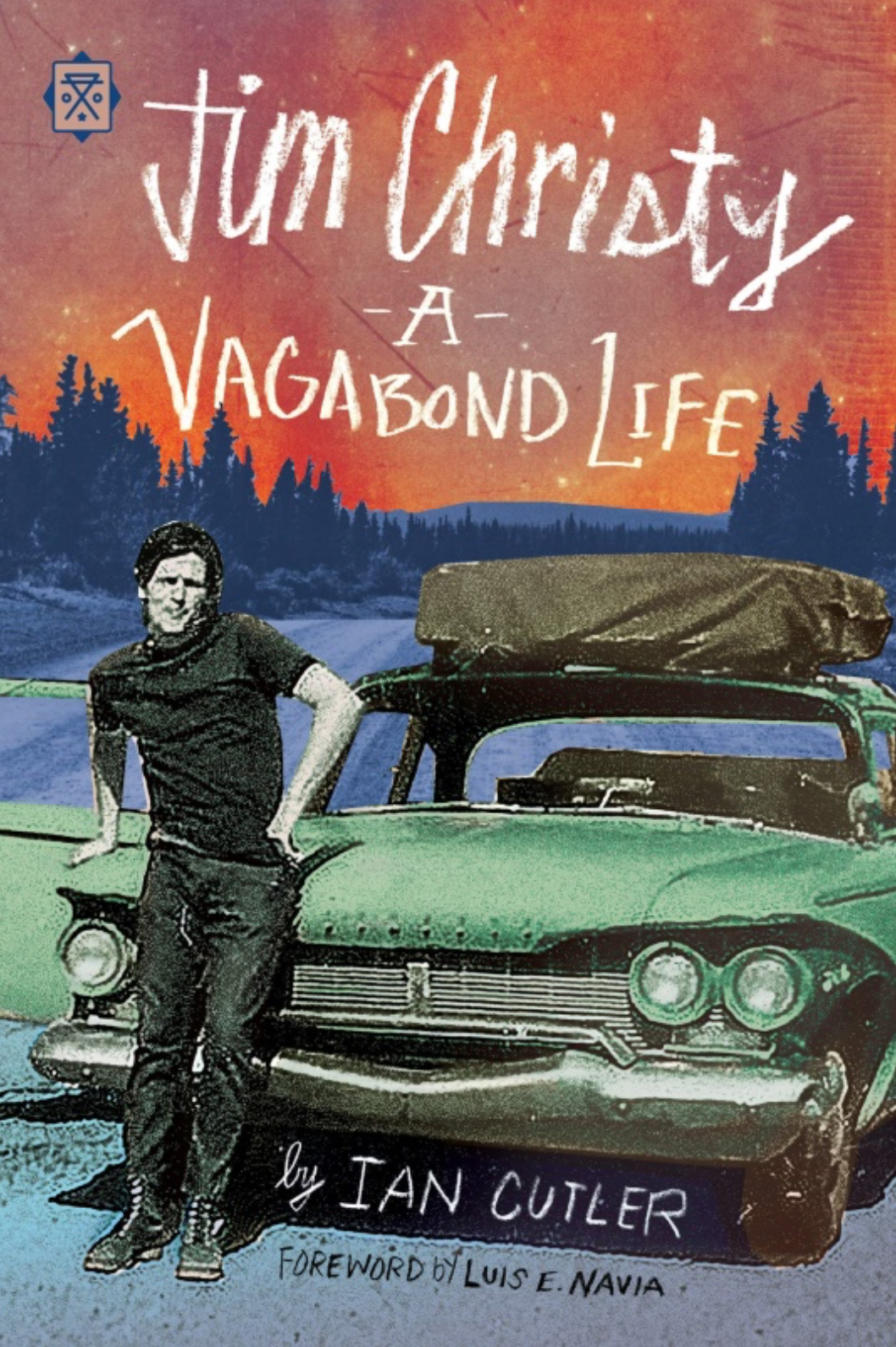 “… Jim Christy is brilliant, visceral and the words he writes ring true. He’s a person who is very much physically in this world, and it can’t help but come through in everything he does. He has a great way of telling it like it is in a way that the literary establishment might not be used to.”

Writer and Poet Jim Christy started his life of adventure as a kid running wild in the streets of his tough-as-nails mob run South Philly neighborhood. At just 12-years-old, he made his first tramp up to the Canadian Border. By the time he read On the Road at 17, he was already a seasoned “road kid.”

In his 70 plus years, Jim Christy asserted his freedom of spirit as a vagabond adventurer and true renaissance explorer of ideas as he took on multiple careers as a journalist, private eye, actor, and musician in over 50 countries around the globe. He is most renowned for his evocative narrative travelogues, novels, and poetry and stunning visual art.  Author Ian Cutler finds in Christy’s life, stories that are an essential link in the history of rebel talents; those rare souls who shift our perspective by choosing to live their lives outside of accepted cultural mores.

Ian Cutler interviews Christy and associates to assemble this fascinating and inspiring biography of a man who can genuinely be called the last of the Beat Generation.  Cutler is a philosopher specializing in the Cynic school and its context in modern life. His personal passion is documenting the lives of tramps, vagabonds, and hobos in the UK, Ireland and America.