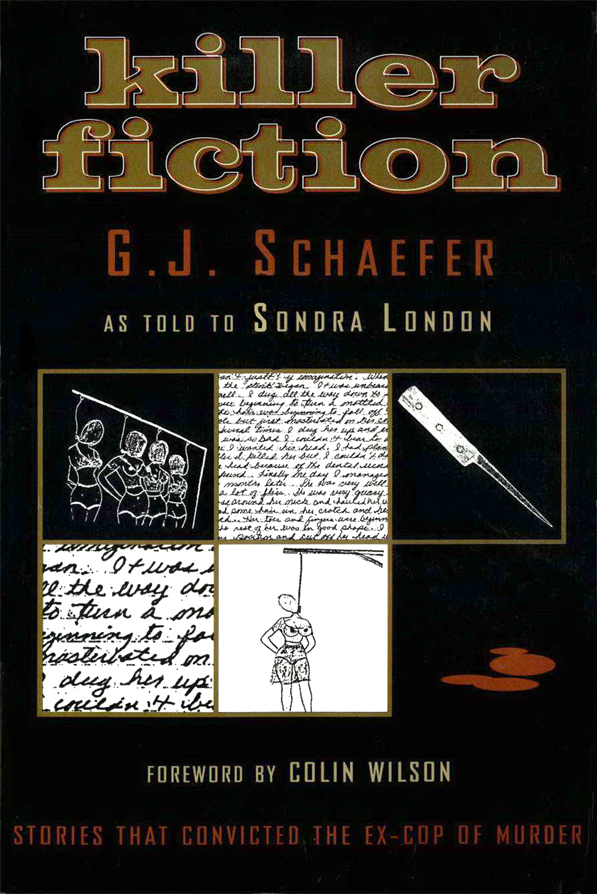 Stories that Convicted the Ex-Cop of Murder

A murderer transforms sick reality into sordid literature with his “Killer Fiction” An ambitiously rotten student of noveilst Harry Crews, G.J.Schaefer’s disturbing stories and illustrations were used as evidence to convict him of serial murder. Previously unpublished confessions and fantasies from schaefer, recently stabbed to death in prison, make “Killer Fiction” atribute to his interests and essentials reading for law enforcement.

G.J. Schaefer, described as “a textbook case of the classic serial killer”, gives clues to his personality in this chilling selection of writings, which are from before and during his prison term. They include stories, fantasies, “plans”, and poetry. Perverted, horrifying, filled with hatred and violence, they clearly reveal both Schaefer’s own pathology and that of various prison inmates with whom he was on intimate terms. Not for the faint of heart, Killer Fiction will appeal to fans of true crime and those interested in criminal psychology. Photos and illustration s.

Including a foreword by a woman who once dated him, the perverse, violent stories, poetry, and fantastic scribblings of a man convicted in 1972 of murdering two women chart the killer’s extreme pathology.