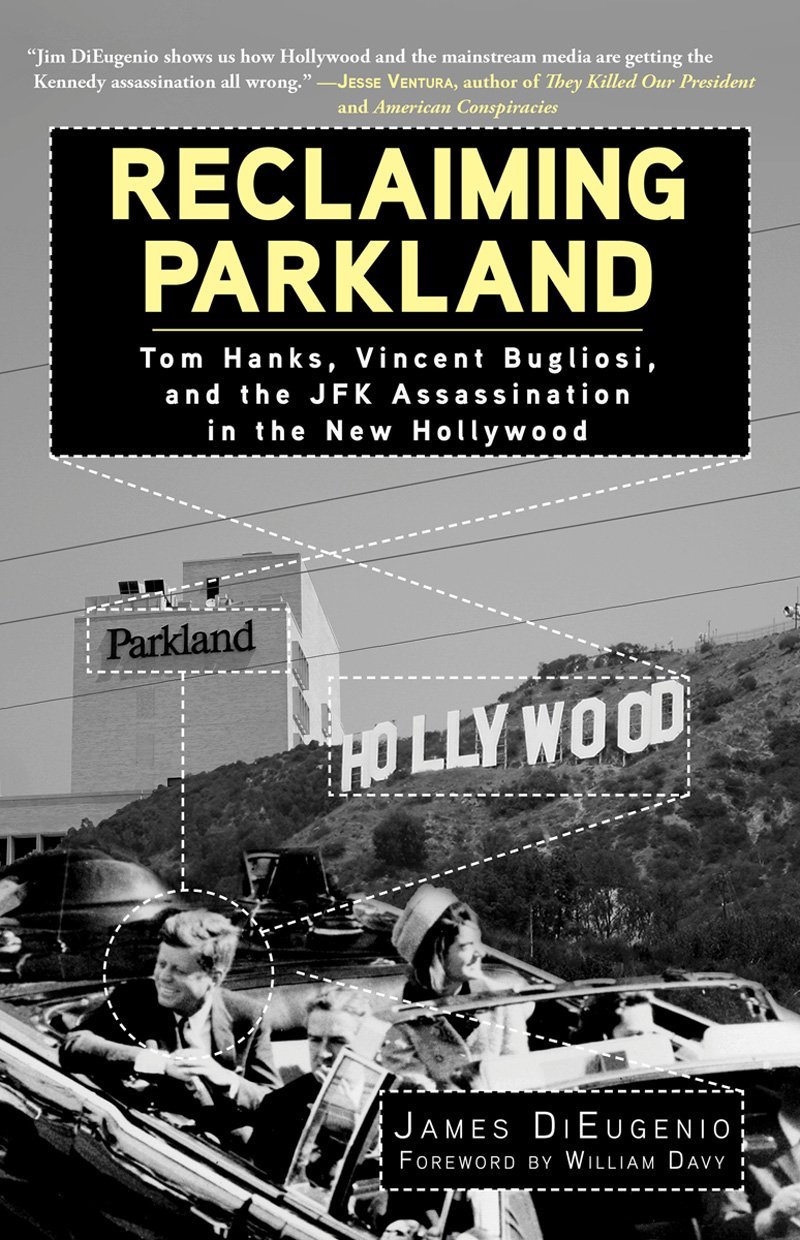 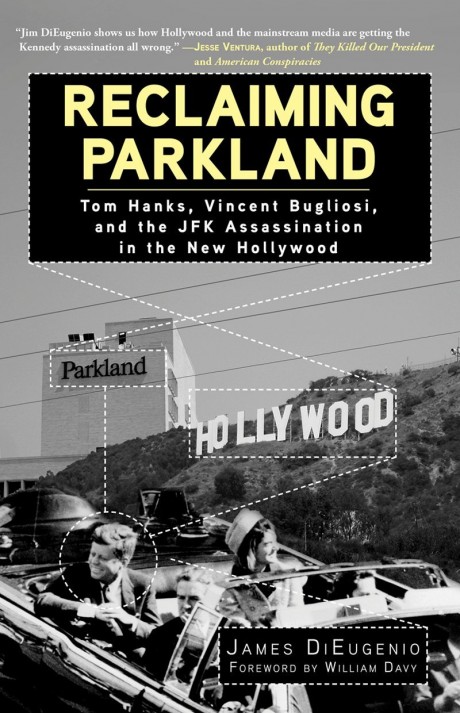 This Feral Friday does not concern a Feral House publication.

It’s about the book Reclaiming Parkland by James DiEugenio,  now available from the book trade. Skyhorse, its publisher, has done a commendable job publishing many books about the Kennedy assassination, among them the James DiEugenio title, Destiny Betrayed, a revealing tome covering the Jim Garrison trial. Feral House has published DiEugenio and Lisa Pease’s large and crucial The Assassinations: Probe Magazine on JFK, MLK, RFK, and Malcolm X.

Reclaiming Parkland: Tom Hanks, Vincent Bugliosi, and the JFK Assassination in the New Hollywood concerns the massive faults inside the huge 1,600 page book by Bugliosi, Reclaiming History, and its trimmed-down version called Four Days in November, which has been republished once again as Parkland: The Movie Tie-In Edition.

Parkland. Yes, the Tom Hanks-produced movie about the JFK assassination that leaves the New York Times musing: “the film… offers no new insights, theories or important information … you’re left wondering why it was made.”

Here’s why the film and its book were made: on the 50th anniversary of Kennedy’s murder, the crazed lone gunman crowd wish to slam the door shut on any and all troubling questions regarding how the president and how his accused assassin were murdered. Despite massive evidence to the contrary, and even the (for them) troubling fact that a Congressional Investigation concluded JFK was killed as the result of a conspiracy, you’ve got stuff like Parkland coming out.

Not only does DiEugenio’s Reclaiming Parkland look into the false and ignored information from Bugliosi, he also checks out the obscured history of Hollywood wonder man Hanks.

Unfortunately, the published Reclaiming Parkland (still a necessary read) removes crucial material needed to understand the character of both Hanks and Bugliosi. Care of DiEugenio’s friend and agent Ken Levine, we now have this material, and three PDFs of them are attached below. Please keep in mind that this material was not copyedited, and its footnotes are also not numbered properly. They’re instructive and fascinating reading.