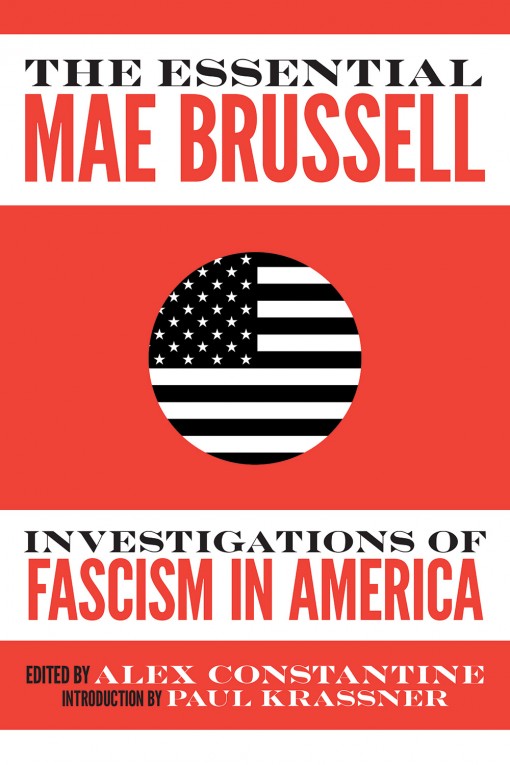 Yes, it’s now arrived. The Essential Mae Brussell: Investigations of Fascism in America, edited by Alex Constantine and Introduced by Paul Krassner, can be purchased today from Feral House.

The Lance de Haven-Smith book Conspiracy Theory in America (published by the University of Texas) reveals that the phrase “conspiracy theory” was invented by the CIA to discredit doubters of the Warren Commission that claims John F. Kennedy’s assassination was carried out alone by a single “lone gunman.”

Distraught by the murder of President Kennedy, a Beverly Hills housewife named Mae Brussell took it upon herself to buy all 26 printed volumes issued by the Warren Commission report, and attempt to make sense of the thing by cross-indexing the entire work. Mae was disturbed by the contradictory information and unreported realities she discovered in those volumes. As a result, she started subscribing to many major newspapers and magazines, whose stories she filed and organized, uncovering disquieting connections and patterns behind government and corporate malfeasance.

An impressed John Lennon donated money to Paul Krassner’s hip counterculture magazine, The Realist, so he could afford to print Mae Brussell’s work. Throughout the ‘70s and ‘80s Mae reported, in radio programs primarily, about the horrors infecting American culture. Mae’s work was followed by a number of devoted listeners who were known as “Brussell Sprouts,” who often expanded upon the conspiracy theories with their research.

The current administration’s legal “Czar” who goes by the name Cass Sunstein was recently appointed to serve on the “NSA Oversight Panel” despite the fact that two words “NSA” and “oversight” rarely if ever fit together. He also wrote a book called Conspiracy Theories and Other Dangerous Ideas to make sure that the academics and the American public dismiss so-called conspiracy theories about the JFK assassination and other American events of a largely fascist nature. Cass Sunstein claims that this sort of reportage only leads to discontent Americans who turn violent with their distrust.

If Mae Brussell hadn’t died in October 1988, she would have no doubt investigated Cass Sunstein’s background and printed material to fill us in on why Cass Sunstein is encouraging American academics and intelligence and police agencies to move against those who write and publish “conspiracy theories.” Now that Mae has passed, it’s now a job for one or more of Mae’s Brussell Sprouts. Get on it!