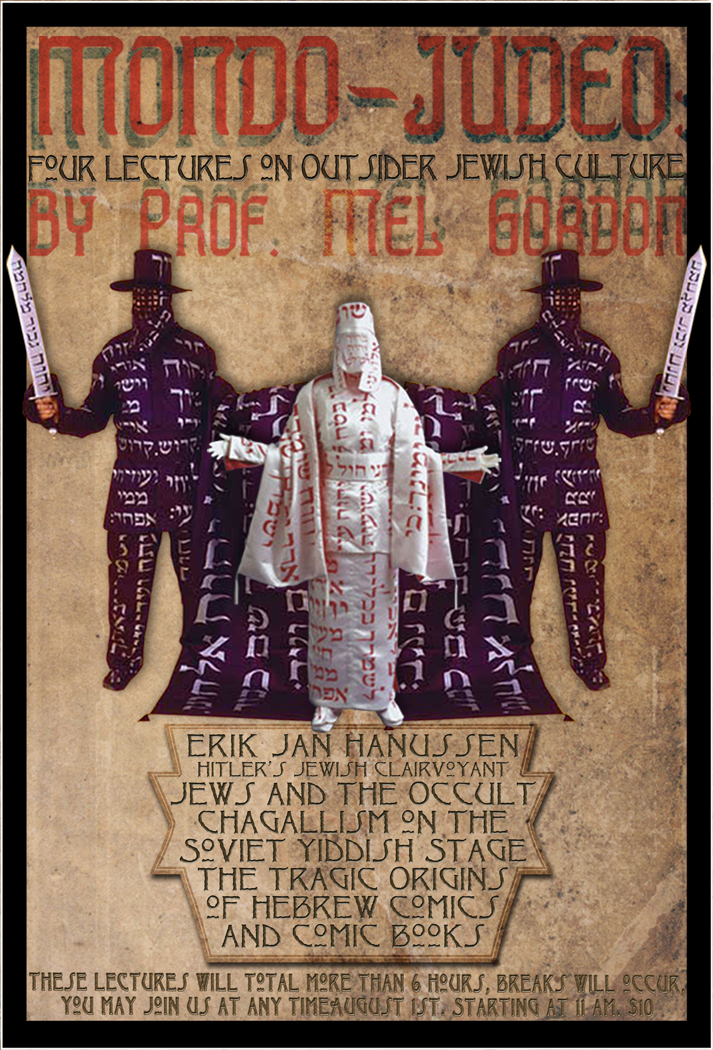 The mad professor author of Siegel and Shuster’s Funnyman, Voluptuous Panic, and Eric Jan Hanussen: Hitler’s Jewish Clairvoyant will be speaking and showing visuals on August 1 at the Steve Allen Theater in LA.

Professor Mel Gordon will be presenting 4 lectures on outsider Jewish culture. This lecture will total more than 6 hours, breaks will occur. Various topics such as Erik Jan Hanussen, Hitler\’s Jewish clairvoyant, Jews and the occult, Chagallism on the Soviet Yiddish stage, the tragic origins of Hebrew comics and comic books, and much more will be discussed. You may join us anytime August 1st, starting at 11am. $10.