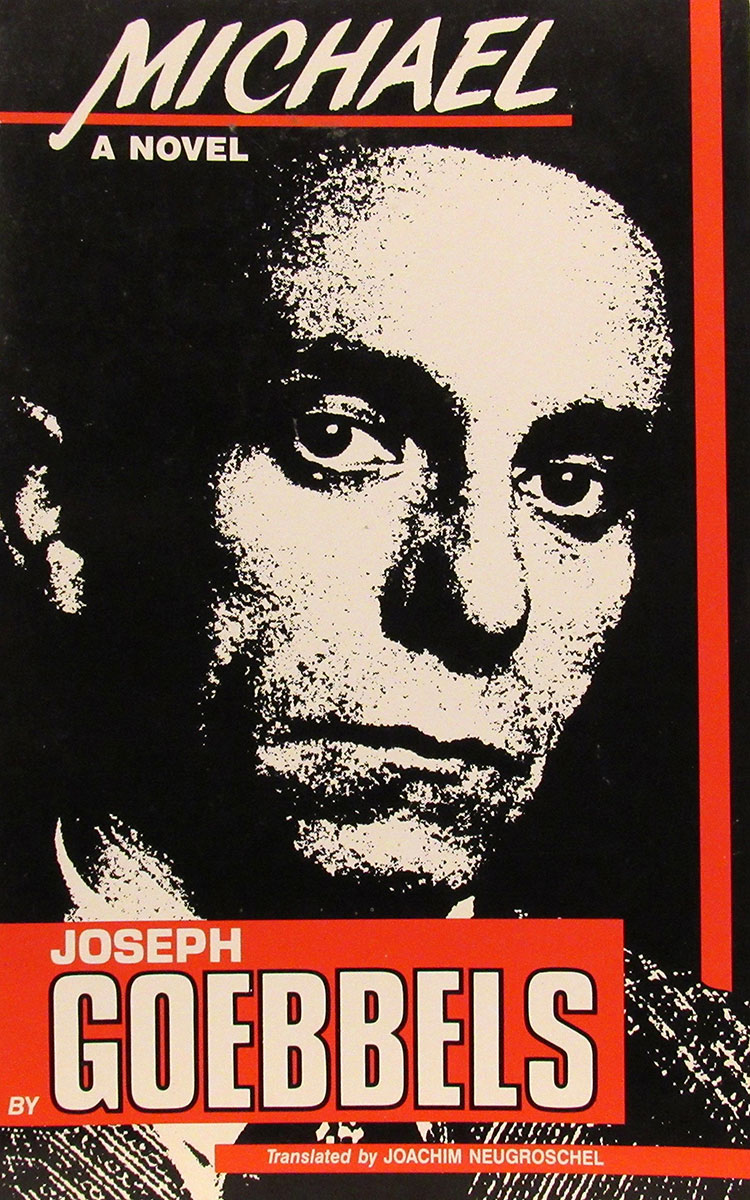 Translated into English from the original German by Joachim Neugroschel

Michael: A German Destiny in Diary Form is a semi-autobiographical novel authored by the German propagandist Joseph Goebbels and published in 1929. It is a three-part work of which only Parts I and III have survived. The novel is a combination of Goebbels’ own thoughts and the life of his best friend Richard Flisges who had actually fought in World War I, and later ended his college studies to work in a mine where he died in an accident. That is what happens to the novel’s protagonist Michael who meets his “sacrificial death” on 30 January 1921.

Michael was a significant popular success, going through seventeen printings.