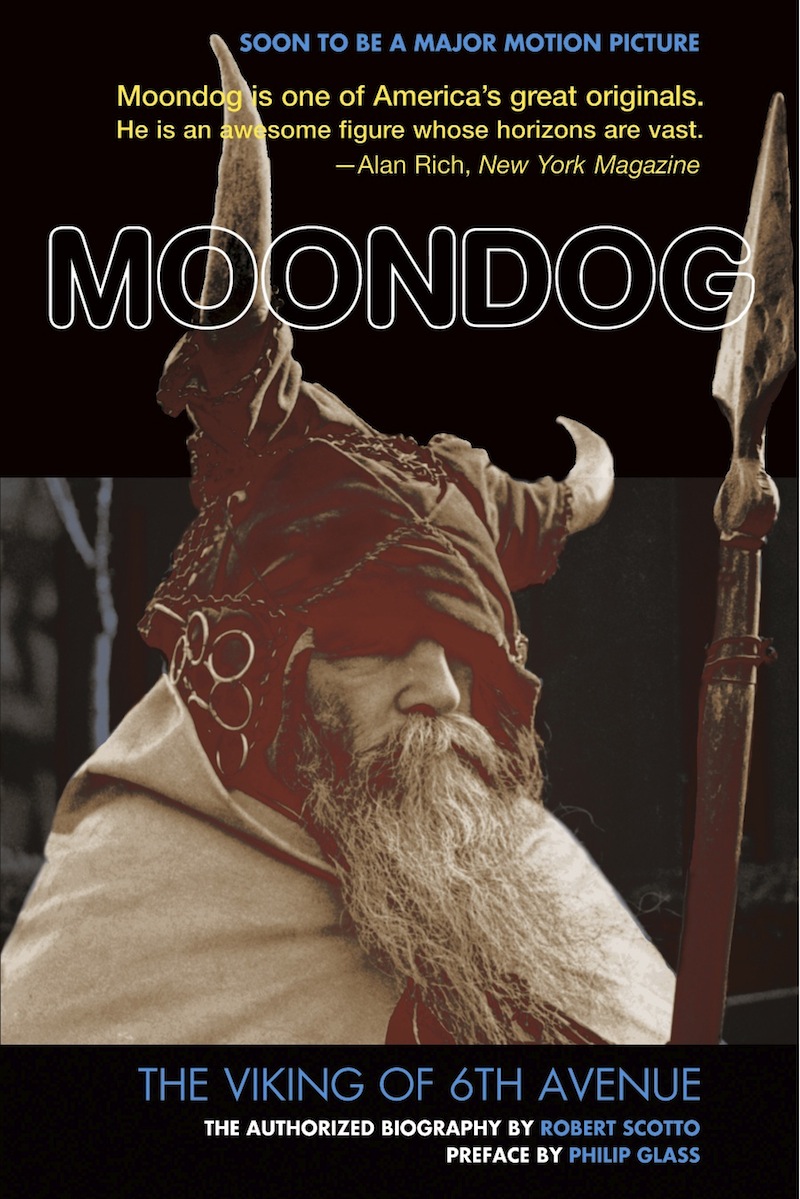 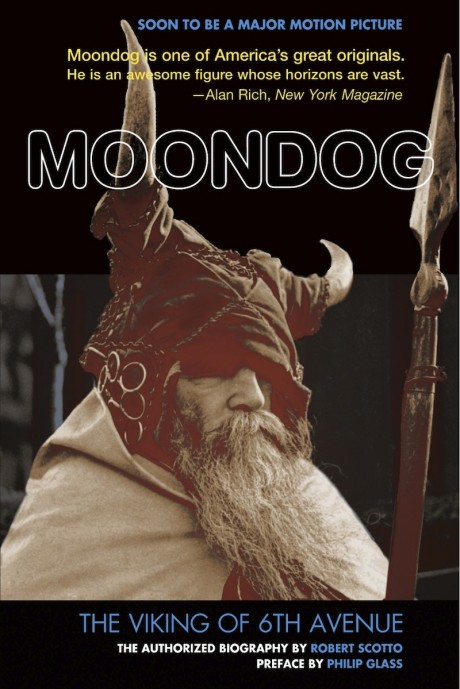 What musician roomed with Philip Glass, and had him pick up half-eaten Kentucky Fried Chicken bones in his bedroom?

What musician successfully sued Alan “Rock Around the Clock” Freed for exploiting the use of his name?

What musician was at times homeless, blind, and dressed up as a Viking on Manhattan’s 6th Avenue?

What musician got himself contracts with the jazz label Prestige and Columbia Records, had a song recorded by Janis Joplin, and later had his compositions played and recorded by various European orchestras?

Yes, Process Media has republished Moondog: The Viking of 6th Avenue by Robert Scotto, with a Preface by Philip Glass. We were able to reduce the retail price since we’re placing the of 28 Moondog song collection on the Process Media website rather than paying for a CD to be attached to the book itself. The song collection includes four otherwise unreleased Madrigals played by Philip Glass, Steve Reich, Jon Gibson and Moondog himself.

This extraordinary book about an extraordinary man who transcended distinctions between popular and high culture won the ARSC Award for Best Research in Recorded Classical Music in addition to a Bronze IPPY Award for biography.

You can view the trailer for the forthcoming motion picture THE VIKING OF SIXTH AVENUE here.