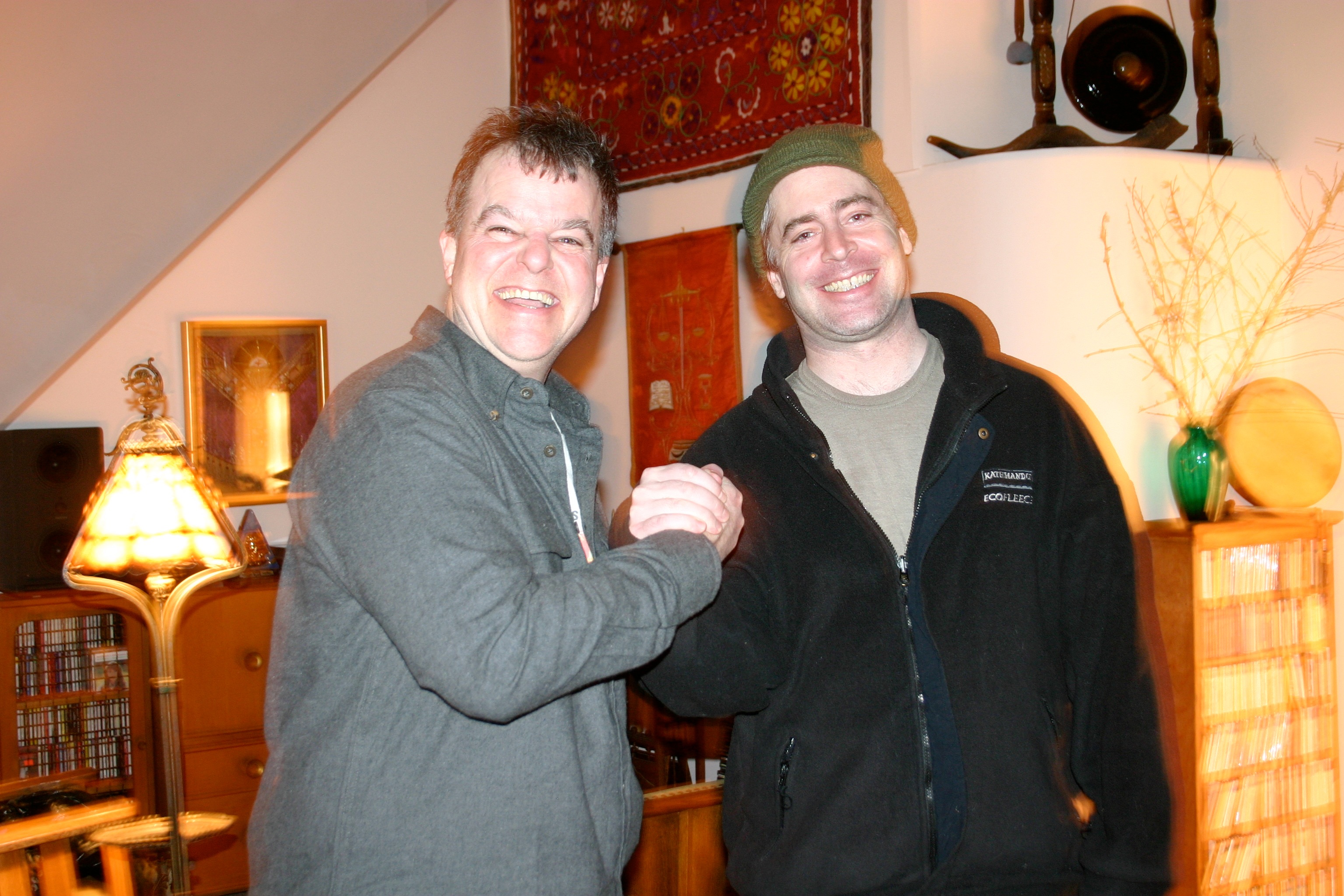 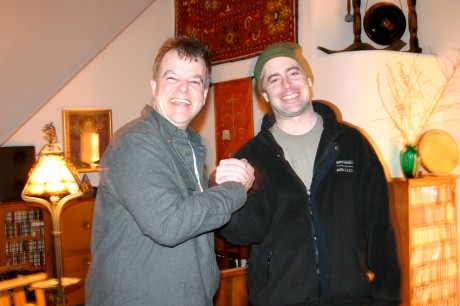 A close friend and Feral House author, Nick Johnson, also known as Darin and Nicholas, blew his head off with a shotgun in the afternoon of Wednesday November 28 in West Seattle.

He’s the guy with the green hat in the attached photo taken by Jodi Wille in our Port Townsend living room back in 2009.

Nick and I got on really well, and I respected that he approached his life as an adventure and was not opposed to spending many months of his life in Antarctica, both in the McMurdo Station and the South Pole itself. His fascinating website, bigdeadplace.com inspired me to ask him to put together a book on the subject, and he did, receiving excellent reviews and a television series option by HBO (which is still in development there).

Admittedly, I was concerned for Nick’s physical and mental health when he started working for a contractor in Kabul, Afghanistan a few years ago. The experiences sounded both sad and horrendous, and it seemed to rot his soul. Unlike his Antarctica experience, Nick had trouble turning his Afghanistan years into words, and he began drinking quite a bit and taking seriously the nihilist essays of Thomas Ligotti. This past year Nick got off the juice. I last saw him in Seattle when Nick, his friend Frank Woll and I attended a screening of The Master which had perhaps three or four other audience members. The experience was depressing in a way that only a dark and lonely Fall Seattle evening can be.

Nick is perhaps best known for his book and website Big Dead Place, but he also wrote issues of a well-known zine world iteration, “Shark Fear, Shark Awareness,” which can be found through a Google search.

Nick got “clean” and did quite well this past year keeping off the juice. But what might put him over was the fact that he was accepted to go down to Antarctica but at the last minute was rejected. I reproduce the rejection letter to him below.

Please be advised that PAE Inc. hereby rescinds its August 1, 2012 primary offer letter and September 28, 2012 alternate offer letter to you.  It has recently come to our attention that, writing as Nicholas Johnson, you are the author of Big Dead Place.  It is our opinion that due to the nature and content of this book, you would not be a suitable candidate for employment under the Antarctic Support Contract.

If you have any questions, please do not hesitate to contact me.  PAE regrets any inconvenience this decision has caused, but believes that the decision is in both parties’ best interest.

Now Nick has taken a trip to another sort of Big Dead Place. See you, Nick. We love you.