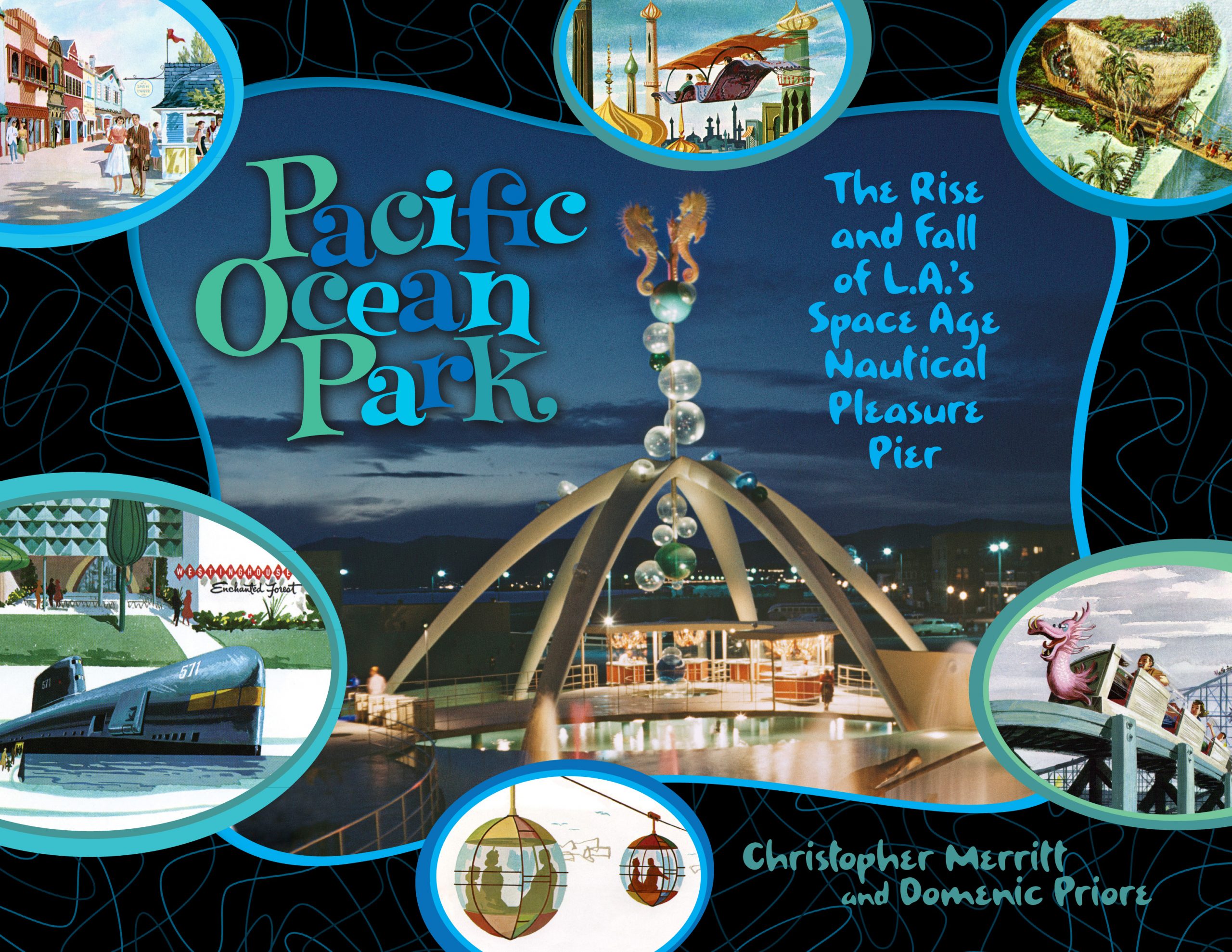 L.A.’s modernist Googie design met head-on with Surf, Tiki and Rock ‘n’ Roll culture in a Nautical-based theme park. Pacific Ocean Park—or as it was commonly known in Los Angeles from the ’50s through the ’70s, P.O.P.—was extraordinary in both its glamorous rise and spectacular fall. As a family-oriented attraction in the late ’50s with modernist-styled rides designed by Hollywood’s best, P.O.P.’s attendance surpassed that of Disneyland. Christopher Merritt and Domenic Priore’s spectacularly visual history includes hundreds of images, most of them unseen elsewhere, including original ride designs and illustrations, of Tiki-rich, space age, and nautical rides. P.O.P. was often widely seen in movies and television shows throughout the ’60s. Its auditorium, Cheetah, hosted important early rock shows, including those by Ritchie Valens, Sam Cooke, The Beach Boys, The Byrds,  The Doors, and Pink Floyd. P.O.P. was located at the dividing line between Santa Monica and Venice, the only spot during Prohibition-era Los Angeles were residents were allowed to dance and consort in a carnival-like atmosphere. The book also backgrounds the infamous “Dogtown” of the ‘70s in which surfers took advantage of big waves that rolled through P.O.P.’s rotting piers near homeless junkies. Buyers will be able to download audio files in all P.O.P.’s attractions. Christopher Merritt currently designs amusement parks in Asia and also co-wrote Knott’s Preserved. Domenic Priore also co-wrote the celebrated volumes Riot on Sunset Strip, Pop Surf Culture, and Smile: The Story of Brian Wilson’s Lost Masterpiece.

Special thanks to Poo-Bah Records in Pasadena for sharing the sound effects with us. Look for a special 12” vinyl release of their entire collection of P.O.P. sound effects in the near future. http://poobah.com