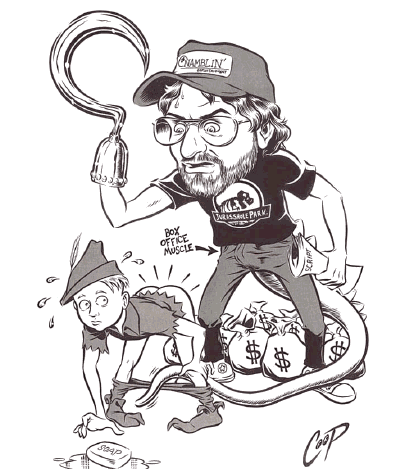 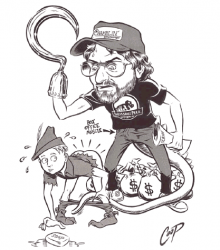 A couple decades ago a nameless Hollywood producer told me some curious stories about a particular mogul’s treatment of children. Looking further into this mogul’s films, I wrote an article about the way Steven Spielberg approached the subject of children in his movies.

Several publications expressed their love and fear of the article and I received two kill fees. Jim Goad was the only publisher to have the cojones to publish the article, in Answer ME! magazine, issue #3. Crispin Glover appreciated the piece, and expanded on it for Apocalypse Culture II.

Here’s a reproduction of my “Pederastic Park” piece that someone had uploaded to SCRIBD. Coop drew the remarkable illustration.