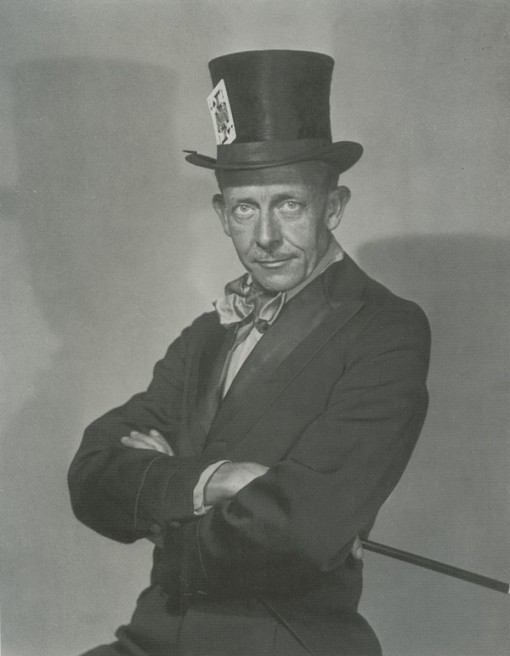 A few decades ago we spent a good deal of time at Anton LaVey’s “black house” in San Francisco’s Richmond District. On the walls and on the shelves were a lot of items to look at and consider. One photograph, seen in the kitchen, was a framed and signed photograph of a hunching woman overlapped by a depraved cloaked ghost. The photo was called “Fear,” and it was the work of the now obscure William Mortensen.

Anton spoke of Mortensen’s influence in guiding him to understand the mechanics of “Lesser Magic,” or what affects people’s reaction to what they see and absorb.

Mortensen’s photographs like “Fear” are fascinating, but for years I resisted Mortensen’s reductive ideas regarding human behavior. It all seemed too reptilian to me. But there came the time when researcher Larry Lytle approached me about publishing a monograph on William Mortensen. This was a book we needed, a major figure of 20th century photography who was put aside by a new school of photography. Time had come to reconsider “The Master.”

The interesting thing about Mortensen, I felt, was his bravery in approaching occult, grotesque and extreme material. And that’s the emphasis of the American Grotesque book.  A large, 300 page book that includes his life story, techniques, aesthetic battles, and loads of images never before published.

We realized that we had published Mortensen’s work before, as the cover image of Manly P. Hall for the Process Media book, Master of the Mysteries.

American Grotesque could not begin to cover everything interesting about William Mortensen and his work. So we decided to reprint Mortensen’s The Command to Look, and expand it with background on Mortensen’s own beliefs and his influence upon occultists like Anton LaVey.

These two Feral House books aim to recover appreciation for this extraordinary photographer and his methods. The printer proofs have arrived. What an exciting time at Feral Acres.