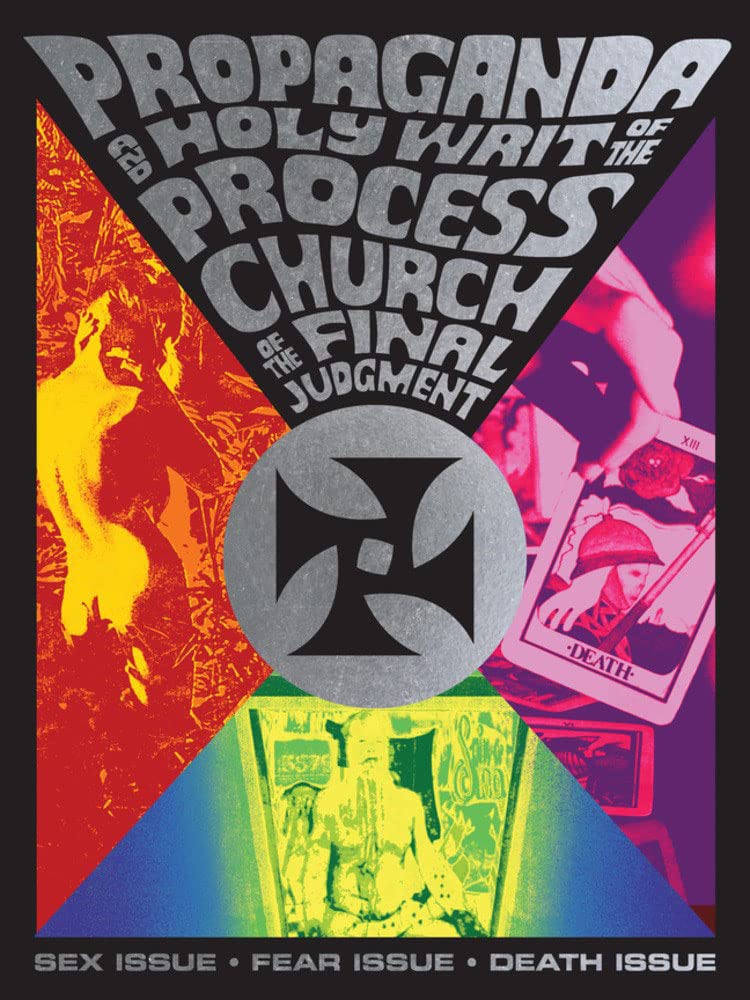 The rare and collectible Process Church magazines are back in print. Do you dare find out who rules you?

Printed in order of their first appearance, the Sex, Fear, and Death issues are here reproduced in their entirety. The first edition of this collection published in 2009 now sells for over a thousand dollars.

The magazines reproduced in this book are lionized as being decades ahead of their time in terms of the sophistication of its art and design. The cult was also attacked for including in its Death issue a contribution by Charles Manson. This inclusion led the dark-robed cult to be characterized as a sinister death cult.
Included is the original introduction by Adam Parfrey and by the magazine’s original art director, Timothy Wyllie. Parfrey contextualizes the meanings and impact of the magazines on the world at large.