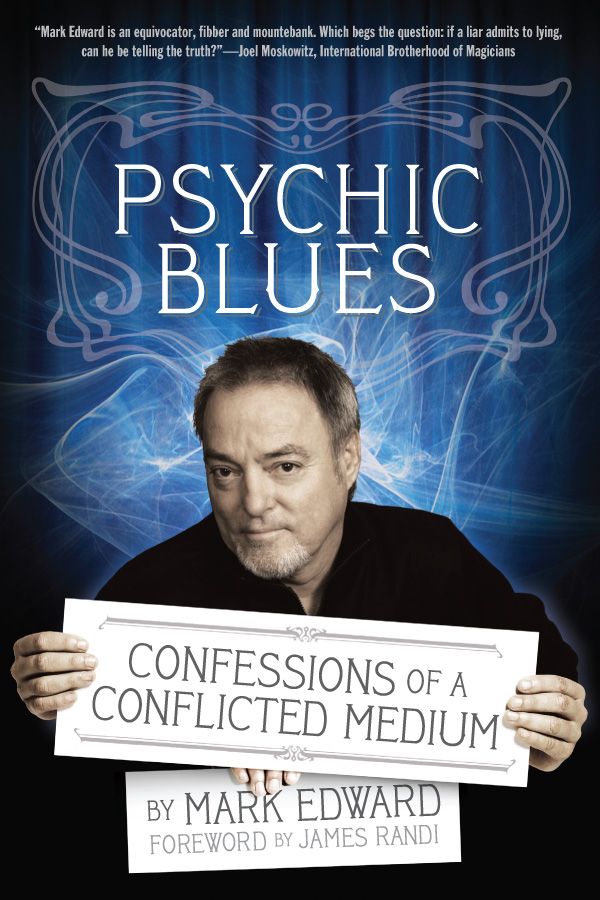 Confessions of a Conflicted Medium

“Mark Edward is an equivocator, fibber, and mountebank. Which begs the question: if a liar admits to lying, can he be telling the truth? He is a literate, informative, intellectual, a student of the psychology of humans, a foe of those who would defraud the public for personal gain, and as an author and practicing psychic, he is first and foremost an entertainer.”—Joel Moskowitz, International Brotherhood of Magicians

Mark Edward confesses that for years he exploited believers who wished to connect with supernatural ideas and sad family members who missed dead loved ones.

Edward is a professional mentalist who has worked the Magic Castle in Hollywood for over thirty years and is also on the Editorial Board of Skeptic magazine, where he has worked with other critical thinkers to reveal the methods of psychic scamsters. This entertaining book is at once confessional and instructional regarding human belief and those who exploit it.

Edward believes that most practitioners of the psychic business are out-and-out scam artists, and that the common need to believe in things supernatural is merely a part of human nature.

“Mr. Edward is staking his claim to belong to a very special subcategory of magicians and mediums: those who both perform their crafts and debunk them. From Harry Houdini to James (the Amazing) Randi and the duo of Penn and Teller, there is a long tradition of magicians who believe that it is their duty to inculcate skepticism in the audience.”
– New York Times