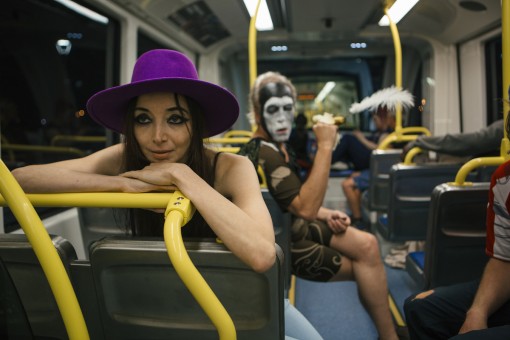 In recent months I’ve received dozens of book submissions, some of them quite fascinating … When the Port Townsend power isn’t down I’ve been able to read a book written by the one time editor of Tiger Beat in the ‘60s and ‘70s, a magazine created for consumption by prepubescent fans of bubblegum pop stars and television personalities. What a strange career this woman had.

It has also been the time of year to assemble Feral House and Process Media books that will be printed later this year, and next year too, about which I’ll be pitching at our distributor’s “sales conference” in a couple weeks in New York City. This past week we’ve seen proofs of the revised and expanded edition of Sin-A-Rama, the illustrated history of sleaze literature from the 1960s. The new edition has new chapters on swapping and interracial sex… Be sure to get permission from your mother before you order or glance at the book.

When the weather has not been knocking out our power, we’ve noticed that it has been quite different than usual this winter here in the Northwest. And now the Navy plans to move their war games into nearby  National Parks to blast the region with electromagnetic radiation.  Elana Freeland, author of CHEMTRAILS, HAARP, and the “Full Spectrum Dominance” of Planet Earth is following up her influential title with another concerning contemporary weather control apparatus, which will be published in 2017. I can’t wait to see Elana’s final draft.

The Feral House hopper is popping, and we hope to keep all our friends and fans engaged. At the top we have an image of Jennifer Robin, author of the soon forthcoming Death Confetti, truly a delightful tome regarding the weird street-level activity of Portland Oregon. Among other topics Jennifer discourses about:

… I guess you shouldn’t expect the usual feminist diatribes from Feral House….