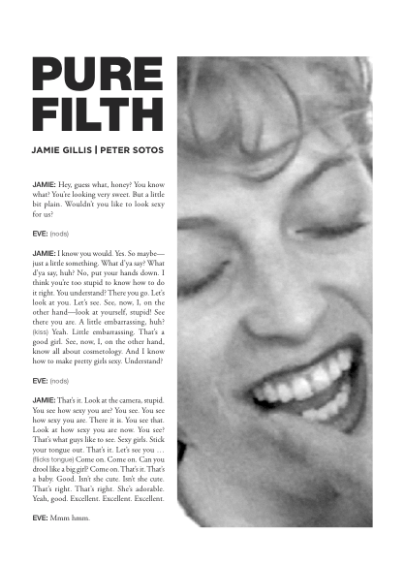 Has it been a decade since Feral House signed up the Jamie Gillis / Peter Sotos collaboration, Pure Filth?

Well, yes it has.

Power of persuasion convinced me to do this project way back when. And why? Peter Sotos called it a “dogshit” book, and we’ve always wanted to publish dogshit books.

No kiddie sex in Pure Filth, we promise, but transcripts of horrifying, embarrassing human degradation.

The book will be available in a very limited, numbered hardcover edition beautifully designed by Hedi El Kholti, known for his designs of Feral House books Lexicon Devil and  It‘s a Man’s World. The price is $69, and we expect that they’ll be available in early May.