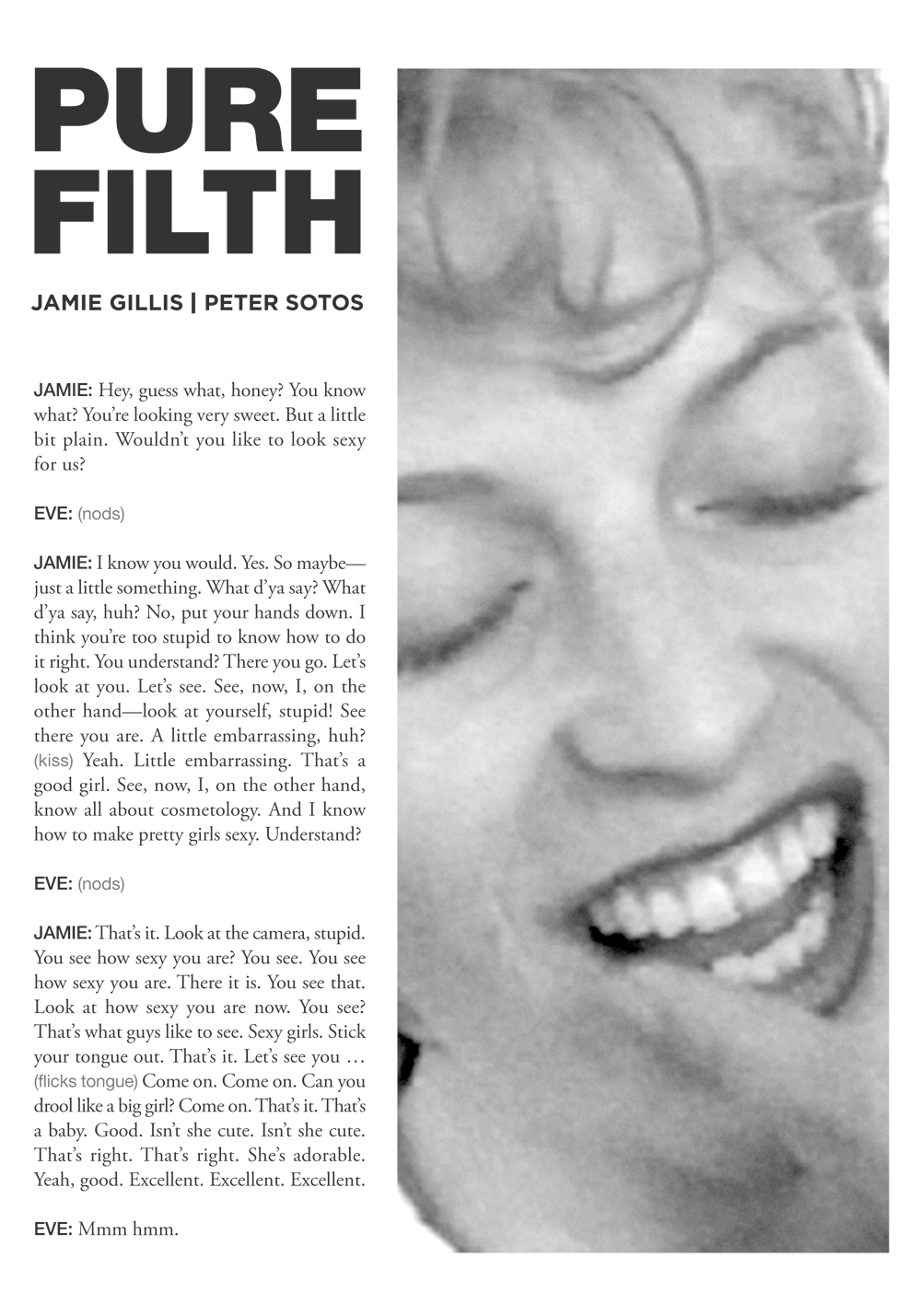 Jamie Gillis appeared in over one hundred films, and as such was a primary performer in pornography’s “Golden Age.” Gillis is also known for inventing the “Gonzo” genre of pornography, played out in the film Boogie Nights by Burt Reynolds’ character.

Pure Filth appears as transcripts from the films Jamie produced during these early years of radical and highly personal pornography. Completed just before his death in February 2010, Gillis contributed an introduction to each transcript to shed light on his ideas and plans, as well as anecdotal details and personal commentary. The book has more to do with an artist’s understanding of sex than the mere views of a flesh peddler. The careful language and brutal intelligence that Jamie brought to interviews are what separates the conversations from any other work that might have more academic or prurient pretensions.

Extreme novelist Peter Sotos, perhaps better known and appreciated in France and the United Kingdom than his home country, was a good friend of Jamie Gillis, and Sotos’ unusual perspective makes this volume possible.

“This is deadly serious stuff. It’s the kind of thing that if you read it and it gives you an erection, you may want to seek out a psychologist.”
– Doug Brunell, The Written Word is a Lie