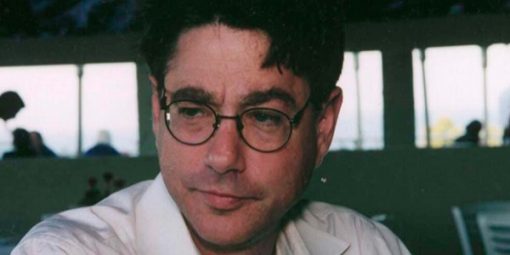 If you were lucky enough to spend time with Mel Gordon, you were treated to the man’s generous and infectious love of theater history, cabaret, and the dark corners of Twentieth Century culture.  At heart, Mel was a teacher and we are comforted that we played a role in sharing his expertise. Beginning with the 1988 edition of Grand Guignol, Theatre of Fear and Theater, his encyclopedic history of the Grand Guignol of Paris that the New York Times noted was, “Bloodcurdling shrieks, fiendish schemes, deeds of darkness, mayhem and mutilation – we all have a rough idea of what Grand Guignol stands for. But until now it has been hard to find out much more about it than that. According to the American theater historian Mel Gordon, no major history of the theater so much as mentions it, although it is a form of entertainment that held its own on the Paris stage for more than half a century.”

Mel was a gregarious soul who loved pushing boundaries with his writing and performances.  He shared this memory with Heathen Harvest Magazine in this 2016 interview, “The original publishing house [Feral House precursor, Amok Press] was so poor that they couldn’t afford to give me a book party when The Grand Guignol was released. I felt sorry for them, so I told them I’d do a Grand Guignol play, we’d charge five bucks, and that would pay for the book party. We performed A Crime in the Madhouse, where the eyeball gets scooped out and the face gets burnt away. It was the only time in forty-five productions or more that I’d done where the audience got up on their chairs afterwards and demanded to see it again.”

Mel’s learned explorations took him from New York University to a long-tenured position teaching theater history at Berkeley.  He was a catalyst in San Francisco’s performance culture, staging both popular productions of Grand Guignol plays and his thoroughly modern and transgressive “Dr. Magnus Hirschfeld’s Museum of Sex”, (which was shut down after a performance art piece where a dominatrix penetrated her boyfriend with a bottle of Wild Turkey to illustrate the treatment of native Americans by western expansionists in the 1800s).  Mel Gordon took impish glee in sharing his research and exposing the hypocrisy of modern sexual politics and taboos.

More than anything, Mel was a friend.  Adam shares these thoughts:

Mel Gordon’s passing is a heartbreaker for Feral House and me personally.

I first met Mel when I worked as a typesetter and layout artist for PAJ Publications in 1979. At that time Mel taught at NYU and spoke to me then of his fascinating research labors.  Creating Amok Press (with Ken Swezey) in the late 1980s allowed me to publish Mel Gordon, and the first book he did together was The Grand Guignol: Theater of Fear and Terror.  Expanded editions of this book have been published since then by Da Capo and Feral House.

Mel’s extensive knowledge of theater coincided with that of my own family, whose New York days in the 1950s hooked them up with the famed German director Erwin Piscator, who created “epic theater” in the 1920s with Bertolt Brecht, and later directed plays and taught at the New School of Social Research where my mother Rosa also taught and directed, and my father took courses following his days as a prisoner during World War II.

We will continue to have fond memories of Mel Gordon, and will miss his friendship for as long as I live.

We encourage you to learn more about Mel and his work in these interviews Mel did with Tenebrous Kate at Heathen Harvest Magazine in 2016.