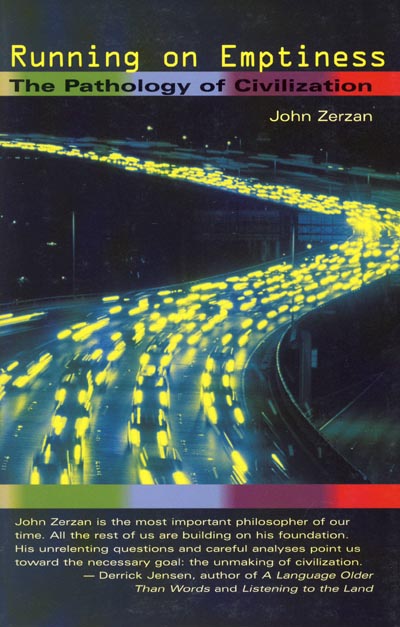 The Pathology of Civilization

John Zerzan, anarcho-primitivist philosopher, ideological friend to Ted Kaczynski, and mentor to the anti-Globalist anarchists who set the world aflame in Seattle and Europe, is back with Running on Emptiness: The Pathology of Civilization.

Author of Elements of Refusal, Questioning Technology, Future Primitive and Other Essays, Why Hope? and the editor of Against Civilization: Readings and Reflections, Zerzan’s anti-technology writings are widely considered the most radical tonic to the crisis of our time.