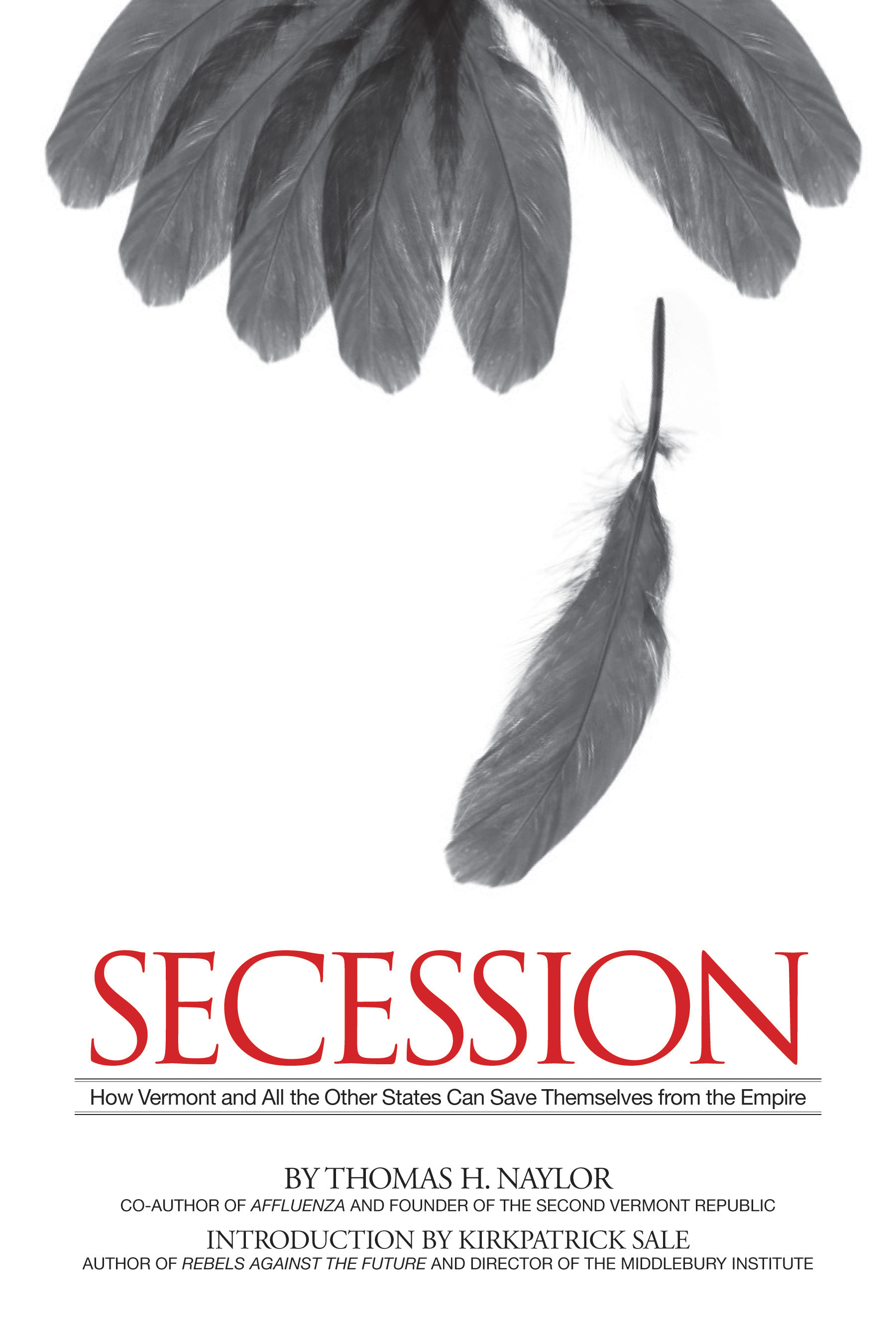 From Kirkpatrick Sale’s introduction: “Secession may seem like an outlandish idea at first, but when considered forthrightly and un-prejudicially it becomes a powerful alternative to other kinds of political action. Thomas Naylor has here charted a brave and inspiring course for any American interested in practical, useful, thoroughgoing social and political change in America.” Kirkpatrick Sale is the author of Rebels Against the Future.

Secession, the growing and evolving means to fundamentally change our national government, has been the recent subject of major articles in The New York Times, The Washington Post, and The O’Reilly Factor.

Thomas H. Naylor, professor emeritus of Duke University and co-author of Affluenza and The Search for Meaning, is founder and chair of the Second Vermont Republic, the foremost secessionist organization in the country.

Kirkpatrick Sale is the venerated author of Rebels Against the Future: The Luddites and Their War on the Industrial Revolution.