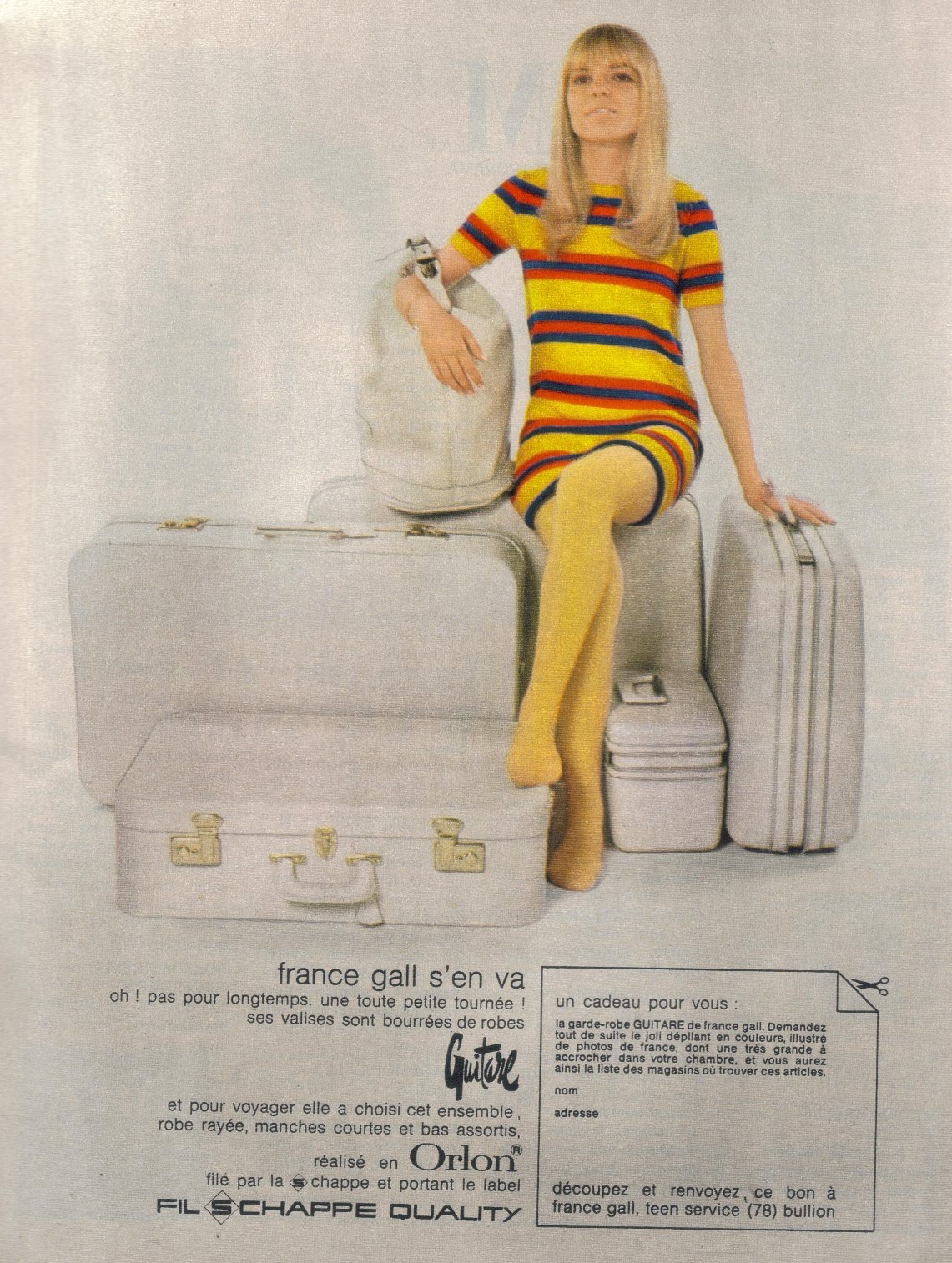 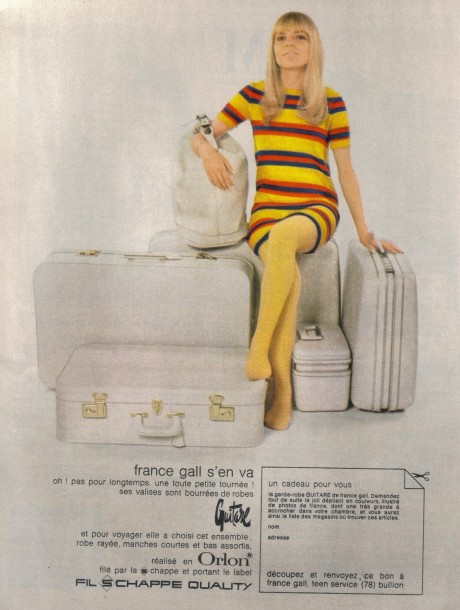 For months, designer Gregg Einhorn and I have been tracking down images to further enhance Jean-Emmanuel Deluxe’s forthcoming book for Feral House, Yé-Yé Girls.

Don’t know much about Yé-Yé? Didn’t know it was so big? The French author Deluxe provides a uniquely privileged perspective about this sadly dismissed pop music movement, which was seen and widely copied through much of Europe and Canada in the ’60s. Discussed are:

While America and the UK fixated on male rockers and pop artists, France, Europe and Canada featured many female icons — like the remarkable Françoise Hardy, France Gall (who Walt Disney chose to star in an unmade version of Alice in Wonderland), the Bulgarian Sylvie Vartan, Anna Karina and Chantal Goya (exploited by Jean-Luc Godard), and dozen of others.

Was Yé-Yé explotiational? Yes, in practically every way, but the exploitation was inviting and extraordinary. Above see the Lolita-like France Gall selling luggage and singing Serge Gainsbourg’s double-entendres.

But does Yé-Yé’s popularity make this catchy and wonderful pop movement any less interesting or essential? I don’t think so. After all, The Beatles were pretty big, too.