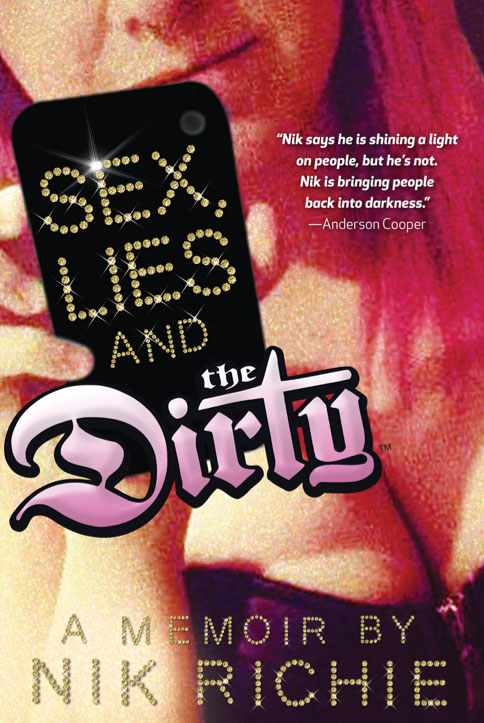 Sex, Lies and The Dirty

A Memoir By Nik Richie

Reality Internet. The formula that Nik Richie created put him in the same league as Perez Hilton and TMZ. There was, however, one principal difference. While everyone else was covering the celebrity lifestyle, Nik posted about socialites, escorts and club promoters. He took real people and gave them their 15 minutes, which begs the question: Does someone become a public figure when they start asking for attention or when they actually get it?

The answer comes in the form of a myriad of lawsuits, death threats, and television appearances on shows such as Dr. Phil , Anderson Cooper and Couples Therapy. Nik Richie’s name would become synonymous with cyber-bullying in both civilian and celebrity culture. He would be deemed a villain, yet TheDirty.com site functions on a “pictures don’t lie” premise—illustrated by the photographic evidence of infidelity, drug use, and wrongdoers caught in the act. It’s known as the Reality Check, and Nik Richie executed it in a way that had never been done before.

Sex, Lies, and The Dirty chronicles Nik Richie’s rise to prominence, the sordid lifestyle of civilians and celebrities, and eventually, finding a sense of stability amid the chaos.