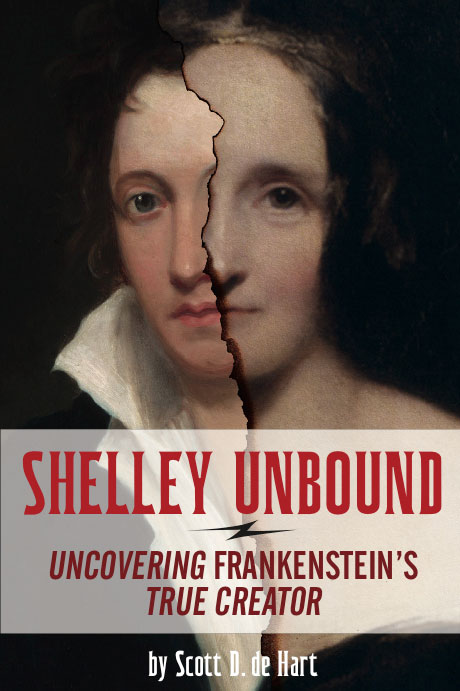 Frankenstein was first released in 1818 anonymously.

The same year Frankenstein, or, The Modern Prometheus (its full title) was first published, so was another work by Mary’s husband that shares use of the word Prometheus. The dramaPrometheus Unbound was indeed credited to Percy Shelley.

The secret admission of many experts in English literature is that Mary Wollstonecraft Shelley did not write a good portion of Frankenstein. In Shelley Unbound, Oxford scholar Scott D. de Hart examines the critical information about Percy Shelley’s scientific avocations, his disputes against church and state, and his connection to the illegal and infamous anti-Catholic organization, the Illuminati.

Scott D. de Hart’s fascinating investigation into Frankenstein and the lives of Mary Wollstonecraft and Percy Shelley results in an inconvenient truth regarding what we have long believed to be a great early example of the feminist canon.

Scott D. de Hart was born and raised in Southern California. He graduated from Oxford University with a PhD specializing in nineteenth-century English literature and legal controversies.