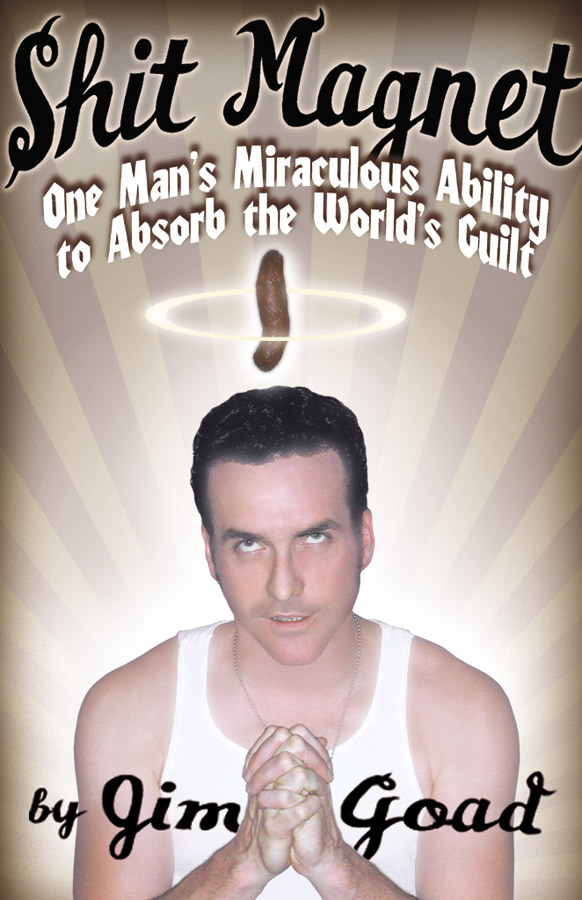 One Man’s Miraculous Ability to Absorb the World’s Guilt

Few writers have seen their words blamed for obscenity trials, White House shootings, and triple suicides, but fuck all you other writers—I’m a unique case.

I get into more trouble than anyone I’ve ever met. So as I sat for nearly two-and-a-half years locked in a cell, I put pencil to paper and tried to figure out why.

Shit Magnet, written entirely while incarcerated, is a full-length forensic investigation into why so much shit flies my way. It examines what happens when two worlds—Jim Goad and Planet Earth—collide.

The book’s central theme is GUILT: how it’s a uniquely human idea, and whether this raises us higher or drags us lower than other animals; how guilt is disabling and why individuals and societies tend to scapegoat; how the act of blaming the enemy and slaying him is history’s propulsive force; and my miraculous ability to redeem others by absorbing guilt from them.

This is not an autobiography, although I use vignettes from my personal life to illustrate its theme. I go all the way back to my mischief-ridden childhood and how the idea that I’m “evil” was imprinted upon me at an early age. I cover all the violence in my life, both domestic and with complete strangers; all my major literary scandals; the situation that led to my imprisonment; and the fun ‘n’ glory of prison life. Through it all, I look for reasons why I get into so much trouble and why the shit always sticks to me.

The ones who get blamed are often not the guiltiest. And despite outward appearances, I just might be the nicest guy on earth.
—Jim Goad, Author