The First Jewish Superhero from the Creators of Superman 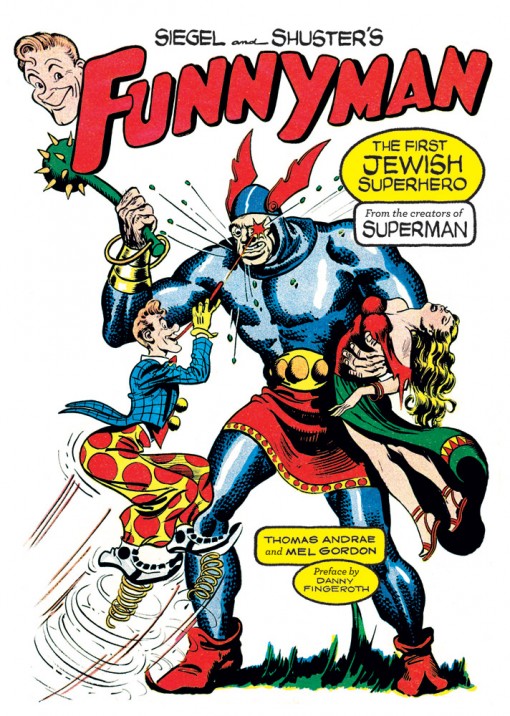 Jerry Siegel and Joe Shuster created two superheroes. One is Superman. The other is Funnyman, and this book details his amazing back story.

Revealed by authors Andrae and Gordon:

“It’s a bird, it’s a plane … it’s a red-haired, wisecracking super heroic tummler! Thomas Andrae and Mel Gordon have excavated something that’s almost too good to be true—a crime fighting meshuggeneh from the Golden Age of Comic Books, who knew? Lovingly preserved and astutely analyzed, the Funnyman saga is a shpritz, a zetz, the stuff of postmodern novels.” — J. Hoberman, co-author, Entertaining America: Jews, Movies and Broadcasting