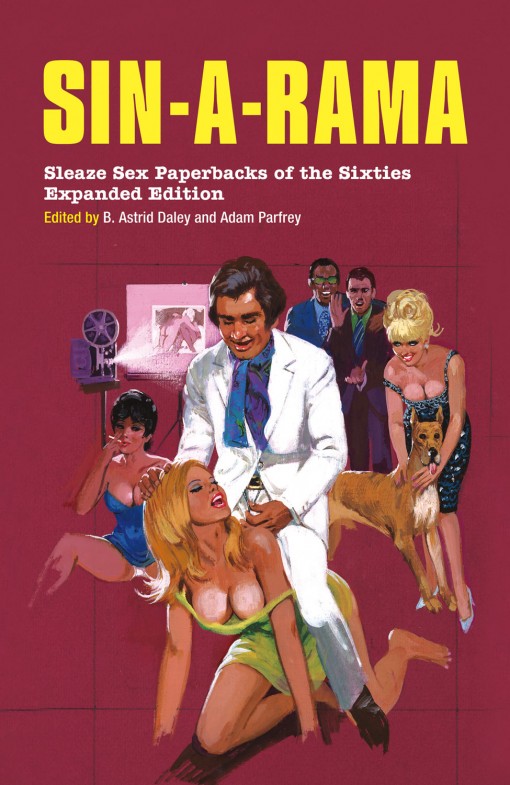 In all its forbidden glory, period “sleaze” erotica receives an investigation into the medium with extensive interviews and cover art.

“In this entertaining and still-stimulating collection, the ways in which the various authors dealt with their work emerge with radical variety, just as different individuals treat their more basic instincts.” —David Cotner, LA Weekly

Sleaze paperbacks sold by the million, and their unorthodox content provoked FBI investigations, court battles, and prison sentences for the crime of “obscenity.” Earl Kemp, the notorious Greenleaf Books editor, provides an insider’s perspective. In “My Life as a Pornographer,” science fiction legend Robert Silverberg divulges how he and other authors learned their sleaze craft.

The bizarre glories of cover artists Robert Bonfils, Gene Bilbrew, Eric Stanton, Bill Ward and others are seen throughout in lurid color. A useful appendix reveals the actual names behind the pseudonyms, revealing both the established and fly-by-night sleaze paperback operators.

The new expanded edition includes B. Astrid Daley’s profiles on “Occult Sleaze,” “Swinging Sleaze,” and the tawdry taboo stuff that sleaze literature fell into during the 1970s.