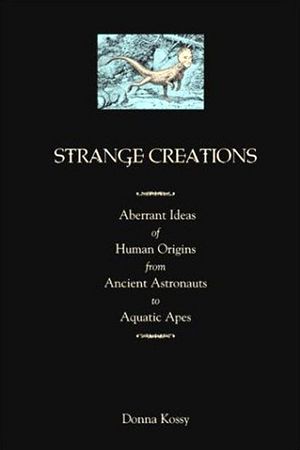 Charles Darwin wasn’t the only one to come up with a contemporary explanation for the origin of human beings. Homespun fantasies and myths abound—the imaginative creations of dreamers, cult leaders, amateur scientists, racists, and rogues. Among the theorists this collection introduces are the eccentric English lord who believes that men are a cross between extraterrestrials and their Martian servants, a successful television journalist whose book suggests that humans evolved from aquatic apes, and a UFO investigator convinced that humans were bred as pets for brilliant dinosaurs.

“…an enjoyable work, full of interesting research and analysis. There were definite echoes both of Charles Fort and some of the work found in Skeptical Times. This is not a glossy work or an academic text. Rather, it is something for those wanting to seriously consider unusual concepts. Conservative Christians, some New Age practitioners, and both the traditional and new right will find parts of this work offensive – something in and of itself that makes this book enjoyable to me…”
— Counterpoise