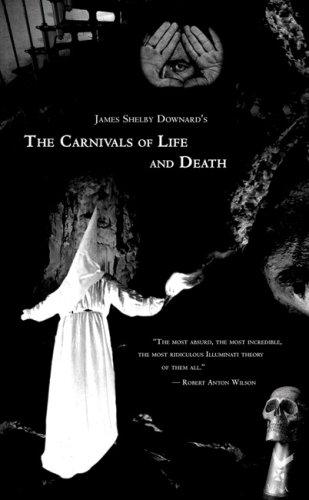 The Carnivals of Life and Death

James Shelby Downard may be the most controversial conspiracy theorist of the 20th century. In his essay “King-Kill 33°,” Downard notoriously laid out the involvement of Freemasonry in the assassination of President Kennedy. Even Marilyn Manson wrote a song based on Downard’s essay.

The Carnivals of Life and Death is Downard’s autobiographical account of his early years in the deep South, when Ku Klux Klanners and Freemasons, including President Franklin Roosevelt, pulled him into many strange and violent affairs.

Adam Parfrey, who introduced Downard to readers in his Apocalypse Culture compilations, provides the Foreword, based on his personal experiences with the reclusive (now-deceased) conspiracy theorist.

“The most absurd, the most incredible, the most ridiculous Illuminati theory of them all.”
— Robert Anton Wilson, author, The Illuminatus! Trilogy