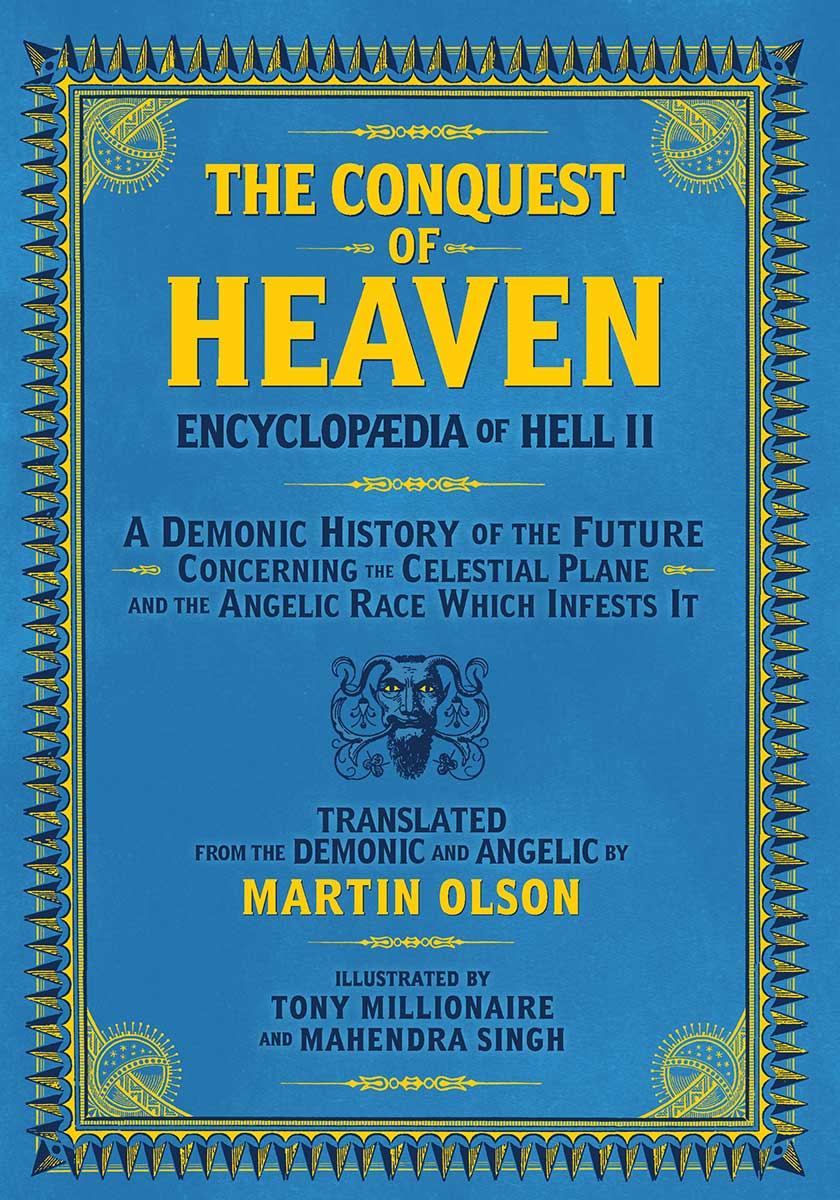 The Conquest of Heaven

A Demonic History of the Future, Concerning the Celestial Plane and the Angelic Race which Infests It

“Written by a man whose mind has an extra dimension.” — Steven Wright, comedian

Evil Readers, as ye partake of Encyclopaedia of Hell, rejoice! The hateful sequel written by Satan has arrived!

After Hell’s army conquers Insignificant Earth and devours the human race in a celebratory feast, Lord Satan reveals that he will now journey deep into the universe to find the throne of the despised Creator. There Satan will depose God and take his rightful place as Emperor of Existence.

However, hellish complications quickly arise: exposed to the rays of the Celestial Sun, Satan’s horns and claws become brittle and his undercarriage breaks out in a rash. And a hypnotic, ghostly nun named Debbie seduces the nai?ve King of Hate into taking a wrong turn. Now Lord Satan must face Oblivion when he enters Heaven’s labyrinthine Library, from which there is no escape. But when the Armies of Hell arrive to find Lord Satan and conquer Heaven, instead they find a disturbing secret at the core of Creation too shocking for even a demon to stomach.