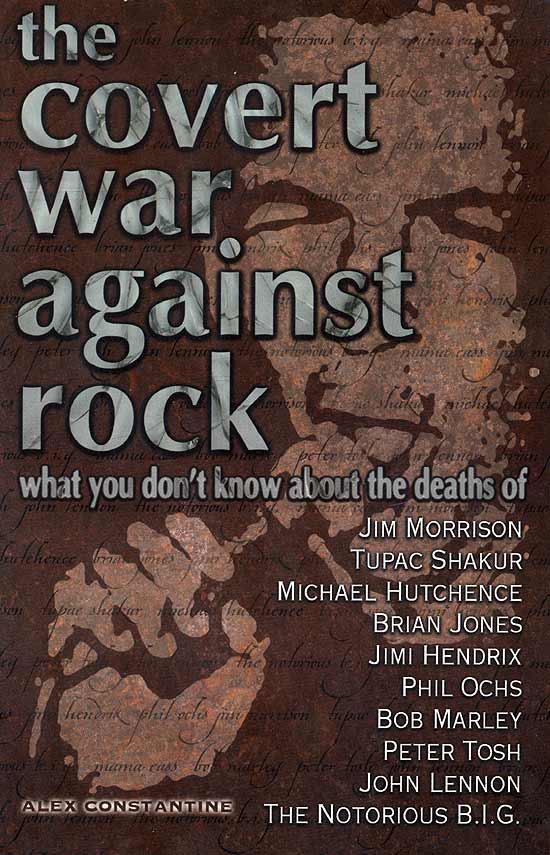 The Covert War Against Rock

Rock musicians, the best of them, have been outspoken proponents for social change, but through their celebrity and alternative lifestyles are also easy targets for mob exploitation and pursuit by government intelligence agencies. The FBI’s counter-insurgence program COINTELPRO and the CIA’s illegal domestic OPERATION CHAOS were both designed to stop the dissent that rock music reflected.

Acclaimed Feral House author Alex Constantine looks deeply into more than a dozen suspect deaths of rock stars and rappers, documenting how the radical voices of pop culture have been silenced. The connections between government, organized crime, and the music industry are examined in detail. Constantine writes passionately both about the music and the political power base that fears it, examines the continuities behind these losses, and offers compelling evidence that there may be more to these deaths than has been told.