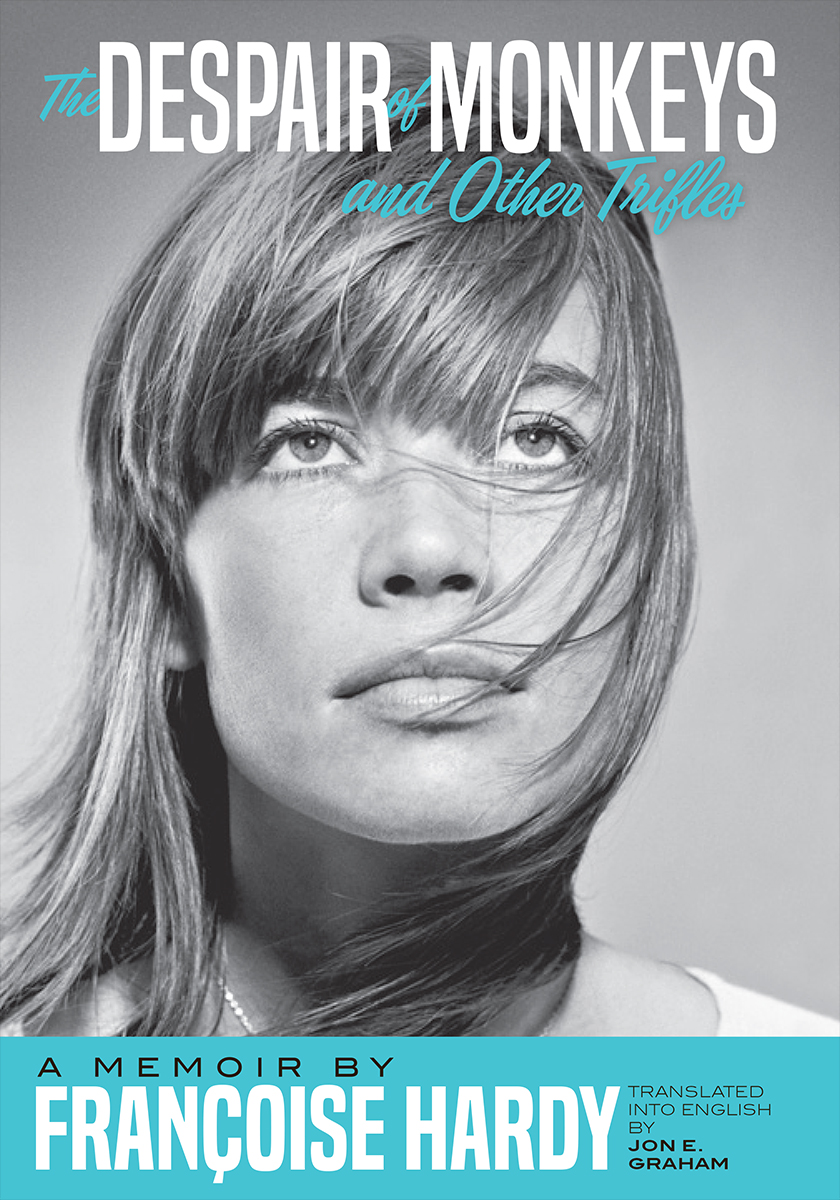 The Despair of Monkeys and Other Trifles

A Memoir by Françoise Hardy

She embodies the word “iconic.”

Ms. Hardy is the inspiration and animating spirit of the early 1960’s “yé-yé” pop music sensation. Her striking beauty offsets her sublime and often melancholy songs. Her early recordings (recently remastered and released by Light in the Attic Records) vaulted her to European superstardom. American tastemakers Sofia Coppola and Wes Anderson have claimed her as muse. More than a “pop singer,” Hardy is an accomplished lyricist whose collaborations with artists ranging from Serge Gainsbourg and Michel Berger to Damon Albarn and lggy Pop have kept her recordings vibrant.

In The Despair of Monkeys and Other Trifles, Françoise Hardy shares unvarnished truths of her childhood as well as the celebrity-filled anecdotes expected of an international star. Ms. Hardy is no coy narrator as she talks about her fears and triumphs, friends and lovers, and her unconventional marriage to fellow French singer Jacques Dutronc. Filled with rare photos selected by Ms. Hardy from her personal collection.

We invite you to join us in celebrating the life and art of Francoise Hardy.