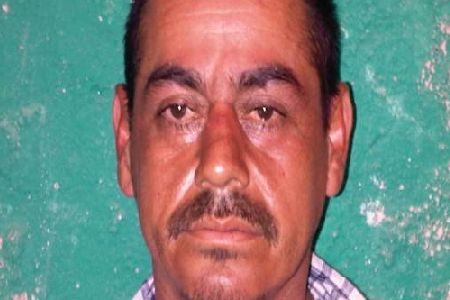 It’s fascinating that a Michoachan-based meth-trafficking gang of particular violence calls itself “Knights Templars” after the medieval Christian crusaders. The fact that its primary boss calls himself “El Chivo” or “The Goat” leads me to believe that the violent drug group is also interested in naming themselves after the Masonic fraternal order. As news articles proclaimed, “Books, clothing and banners referring to the Knights Templar were also seized during the police operation.”

The medieval Knights Templars, or “The Poor Fellow-Soldiers of Christ and of the Temple of Solomon” were successful crusaders, seizing East Jerusalem’s Holy Mount for the Christian Church from the Muslims. The Templars also created a huge financial operation throughout Europe and the Middle East.

Distrusting the Templars’ financial power, the Church used the Templars’ strange initiation ceremony against them, and King Phillip IV, who was in debt to the usurious Templars, convinced Pope Clement to seize and publicly burn the Templars, who then became martyrous emblems for the Freemasonic movement of the 18th century.

The Knights Templar became the name for several Masonic Orders, ones known for their forever marching and military “Commanderies” that always sported a garish wardrobe, which included a narrow, broad-brimmed military hat or “chapeau,” complete with white feather, and a Masonic apron with a skull covering the genital area. The Freemasons named an entire Order, usually reserved for juvenile members, after the martyred Templar, Jacques de Molay.

It’s interesting that the Templars’ current leader (in Mexico) is known as the Goat. A goat was often used by the masonic Knights Templar in a ritualistic hazing ceremony in which prospective lodge members were forced to “ride the goat.” Prospective lodge members would mount a carpeted goat that often had an electric apparatus attached, designed to shock and humiliate the seeker of wisdom. It’s claimed by masonic historians that fraternal orders used a goat for indoctrination purposes as a lighthearted response to antimasons’ claims of the orders’ satanic intent, but the goat became inseparable from freemasonry and other orders, and the masons themselves published humorous postcards and a bestselling 400-plus page book called The Lodge Goat, Goat Rides, Butts and Goat Hairs, Gathered From Lodge Rooms of Every Fraternal Order.

The organized Mexican gang that calls itself Knights Templar was quite busy the past month, linked to 22 murders and the seizure of 44 metric tons of materials used to manufacture methamphetamine.

Here’s the icon from the Masonic Knights Templars, part of the information seized by Mexican police: