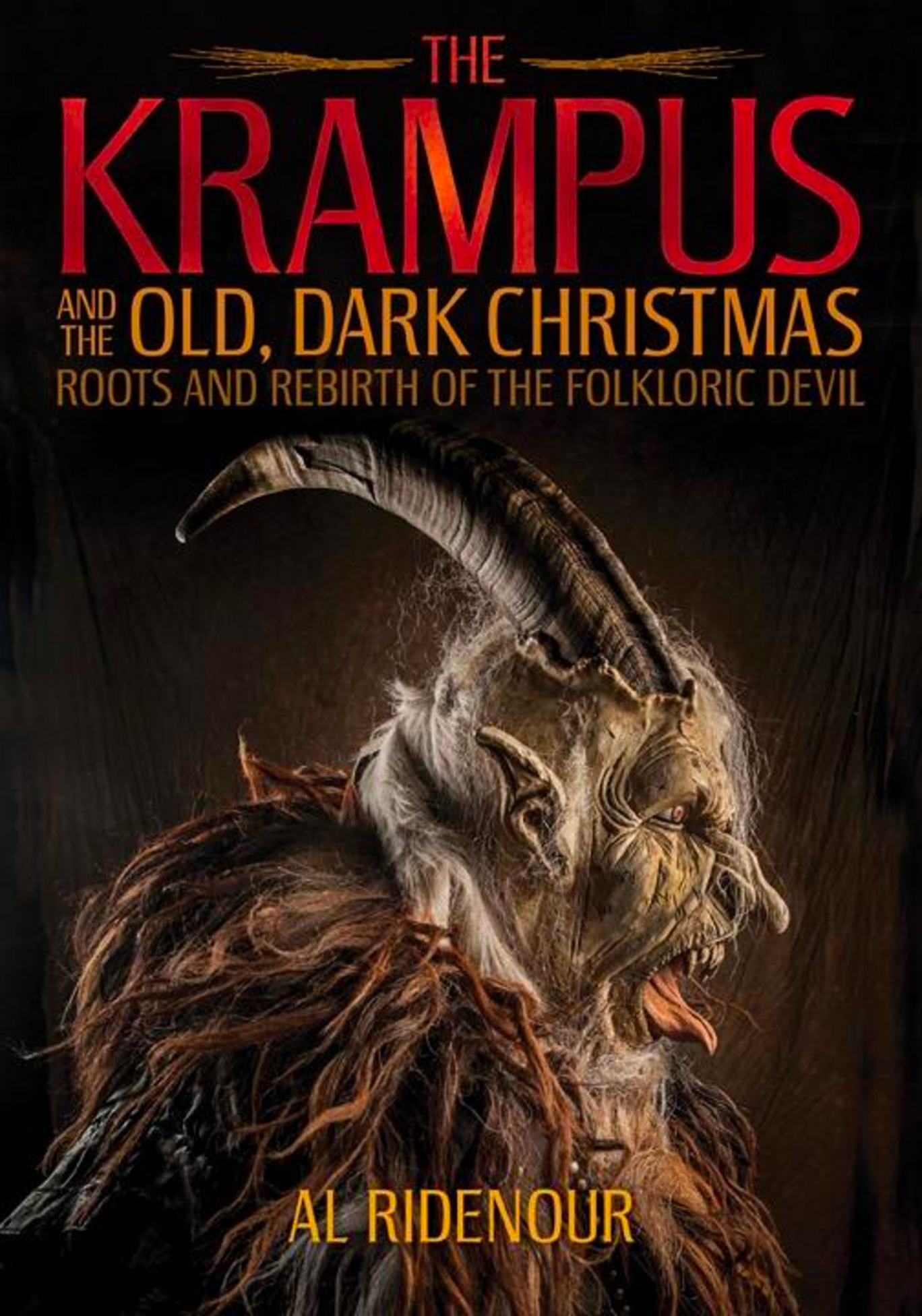 And The Old, Dark Christmas
Roots and Rebirth of the Folkloric Devil

From elements of medieval witchcraft reworked in 18th-century folk Catholicism, the Krampus has risen to embody a new countercultural holiday.

Once the mythic bogeyman of European Catholic childhoods and long presented as the opposite of Santa Claus, Krampus is a growing presence in American culture. With the appearance of the demonic Christmas character Krampus in contemporary Hollywood movies, television shows, advertisements, and greeting cards, medieval folklore Krampus-related events and parades in North America and Europe, Krampus is a growing phenomenon.

Though the Krampus figure is now familiar, not much can be found about its history and meaning, thus calling for a book like Al Ridenour’s The Krampus: Roots and Rebirth of the Folkloric Devil. With Krampus’s wild, graphic history, Feral House has hired the awarded designer Sean Tejaratchi to take on Ridenour’s book about this ever-so-curious figure.
Al Ridenour has lectured on Krampus at the Goethe Institutes in Los Angeles. He became somewhat of an internet phenomenon himself due to the hilarious hijinks he coordinated with the controversial Cacophony Societies.